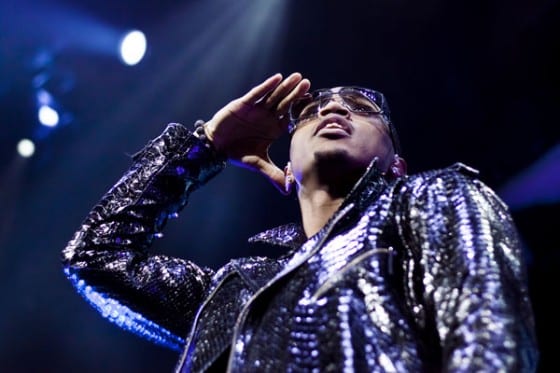 In today’s music scene, although many popular musicians tend to sound alike, Virginia-based singer Trey Songz has been evolving as an outstanding talent with his very own soulful voice, representing the next generation’s music industry and constantly working on getting connected with the fans through his music.

After accomplishing his first headlining tour with singer Monica over the summer and releasing his latest album, Passion, Pain & Pleasure, this past fall, Trey Songz hit the road with Usher.

He sat down with Blast right before his show at TD Garden in Boston on December 21. He openly talked about the significant connection between his music and his life. 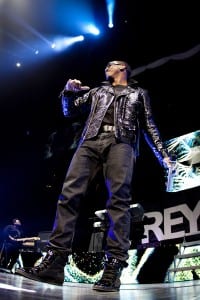 BLAST: You released the latest album, “Passion, Pain & Pleasure” in September. What inspired you the most to make the record?

Trey Songz: Ah, just, it’s my life itself and things that I am going through, and um, passion, pain, and pleasure are the 3 emotions in the boat. And, you know, I think that’s (the thing) with me when I do something.

BLAST: So, the album was basically all about what you were going through in your life.

BLAST: What was the main concept of the album?

TS: The concept is, you know, “passion, pain, and pleasure” in the title. So, all three of those emotions are spread out through each song in the album. So, you know, “Bottoms Up” is clearly pleasure. “Can’t Be Friends” is passion and, um, pain. You know, it’s kind of, the concept is going throughout the album. So I think, a lot of people can relate to more songs in the latest record. That’s what it is supposed to talk about.

BLAST: So, of all the elements, which are passion, pain, and pleasure, which one do you think is the most crucial one in order to keep your life move forward?

BLAST: In your “Bottoms Up” video, it seems like you are holding a bottle of Ludacris’ Conjure Cognac. If so, have you ever tasted it?

TS: I wasn’t holding a bottle of it but I have tasted it. (Laughs) Ah, it’s great. I love it. I think it’s a great cognac. 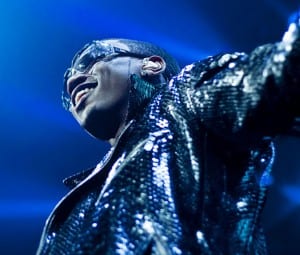 BLAST: In your latest single, “Can’t Be Friends,” you are singing that it would be very hard to stay as a friend of someone you broke up with because you used to fall in love with her. I think it is a common issue that almost all of us have to face at some point. So, is this song based on your personal experience?

TS: Yes it is. I’ve definitely been through it and, you know, as I mentioned that earlier, I think, one of my favorite parts of the album or the song “Can’t Be Friends” is that, you know, people can relate to it at one point or another.

BLAST: I think you are an incredible singer. You perfectly sing any type of songs, such as fun songs like “Say Aah” or “LOL :-)” and fragile songs like “I Need a Girl” or “Yo Side of the Bed.” So, what’s your secret to make any kind of song vivid, real, and alive?

BLAST: When did you start singing?

TS: About age 14. I was just interested in but it was not my play around with, so. You know, from at age 14, I started doing like town shows and things that I was into.

BLAST: It’s been about 5 years since you released your first album “I Gotta Make It” in 2005. How has your life changed since then?

TS: My life has changed vastly. First of all is that (I’ve become) a man, just going from a young man to be a man. You know, um, within those 5 years, my celebrity has definitely grown, you know, places that I can go and people that recognize me. The coming-up shows that I do and the artists that I tour with, you know, Jay-Z and Usher, all in this one year, and Monica on my own headlining tour. Um, and, you know, from that, my business sense has definitely changed. Going through the successes and the failures throughout the years has definitely changed my business mindset.

BLAST: You have more than one million followers on Twitter, and whenever you perform at shows, your female fans are going crazy. What’s your reaction to this huge following?

TS: I just appreciate this. They have gotten me just trying to reciprocate the love that they give me. It’s amazing that I have such a large network by now, you know. I think I have 1.2 million on Twitter and, you know, I have 4 million on Facebook so I just have to keep doing the service and, you know, and let them know that I am here for anything to music to, um, you know, spreading my brand has been very much responsible for all of my success.

BLAST: Yes, it would be really exciting to see that all the girls are screaming at your show tonight.

BLAST: This current tour is ending on December 31. After the tour, what would it be the very first thing that you want to do for fun?

TS: The very first thing after the tour? Relax, sit down, and catch some sleep! (Laughs) Very much looking forward to that!

BLAST: This year is ending soon as well. Could you share your New Year’s determination?

That night, TD Garden was packed with female fans. When Trey Songz showed up on stage, the audience was going crazy and getting excited. He kept entertaining the audience and one of the audience members finally threw a pink-colored bra on stage, which surprised Trey Songz and he said, “Wow. Is this a bra?”

He performed 12 songs, including his famous tunes “I Invented Sex,” “I Need a Girl,” “Say Aah,” “Can’t Be Friends,” and “Neighbors Know My Name.” Also, it was very thrilling to see that he sang Rihanna’s “Love the Way You Lie” and Kings of Leon’s “Use Somebody.”

When he sang “Can’t Be Friends,” he performed the same way as he does in the music video. He was singing the tune, sitting in a chair, with his face suffused with anguish and pain. His performance was very touching.

No matter what song he sings, it always comes out with his soulful voice. In the interview, he mentioned some of the struggles that he has gone through but when you get to see him singing live, that would make perfect sense to you since those things directly affect his music by giving him a voice to express his life. So, facing those struggles makes himself ‘Trey Songz,’ which motivates him to accomplish as an artist at the same time. In fact, that’s why his fan base has been growing dramatically. Since he is capable of turning all the ‘pain’ into ‘pleasure’ based on ‘passion,’ it would be fascinating to see how his music will be developing as he moves forward in life.