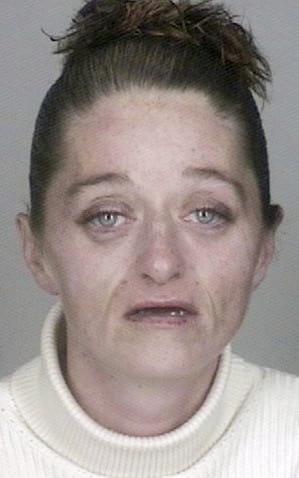 QUINCY — Jill Quigg, whose South Boston accent and rapid-fire foul mouth won her praise in the film “Gone Baby Gone,” was arrested Friday after she and a friend allegedly broke into an apartment and stole a television and printer, according to the Boston Globe.

Quigg, 35, pleaded not guilty Monday in Quincy District Court to charges of breaking and entering in the daytime, larceny over $250, and destruction of property over $250. She was released on personal recognizance.

Police responded to a report of a breaking and entering inside an apartment at 613 South St. around noon Friday, Quincy police Lieutenant Jack Sullivan said.

Two witnesses told police they saw Quigg and Georgios Keskinidis, 28, of Lynn walking down the hall from the apartment and out of the building, Sullivan said. They followed the pair and watched them walk across the street with a flat-screen television and a computer printer, so they called 911.

But when officers confronted Quigg, however, she told police they had seen a black man break into the apartment, leaving with the television and the computer printer. She maintained that she and Keskinidis had chased the man, who ran, dropped the stolen items, hopped into an unidentified car, and sped off. With the burglar gone, she had thought it was best to keep the stolen property in her apartment across the street.

Quigg’s boyfriend was also arrested Friday afternoon when he showed up at the scene. Lawrence J. Schwindt, 49, of Quincy had an outstanding warrant in Weymouth for a probation violation, the Globe reported.

Quigg is expected to be due back in court for a pretrial conference November 12.

In the film  Quigg played Dottie, the best friend of the movie’s female lead, played by Academy Award-winning actress Amy Ryan in the 2007 gritty crime drama directed by Ben Affleck. The film tells the story of two private investigators searching for an abducted 4-year-old girl in Dorchester.

The Globe reported that Quigg, who has two children, ages 8 and 19 months, is addicted to heroin. She checked into a week-long detox program.