Whether you were first introduced to him as Alex Reiger on Taxi, Julius Levinson in Independence Day, or Nat in I’m Not Rappaport, you would be hard-pressed to find someone who has not been blown away by the talents of Judd Hirsch. For almost 50 years, he has wowed audiences with his screen, stage, and film roles and at the age of 85, he shows no signs of slowing down anytime soon. Most recently, he can be seen playing the mysterious Carl Turner in the horror film, A Deadly Legend.

Earlier this week, Hirsch spoke with Blast Magazine about his storied career and what we can expect to see next from this powerhouse talent.

Blast Magazine: In your latest film, A Deadly Legend, you play Carl Turner. What can you tell me about that character and how he fits into the film’s story?

Judd Hirsch: He is the one who gives a great warning about what is going to happen. He seems to be the one who knows more about the legend than anyone else. It goes back 50 years in his mind. When telling a good story, especially a mystery or something that has some kind of heavy message, someone has got to say what we are up to. One of the authors that I did a play for, Lanford Wilson, went back to Playwriting 1 to find out how to tell a story. He said, “You need to tell them what they are going to see, show it to them, and then tell them what they saw.” With his play, Talley’s Folly, he wanted someone to be the narrator, the character, and also the person who said the last thing, and I was all of those things. It made for an intelligent way of telling a story. Any mystery story needs the soothsayer to begin the warning. It’s almost like saying, “If you don’t watch out, this is what is going to happen.” It puts a drumbeat behind the story and I just enjoyed that. 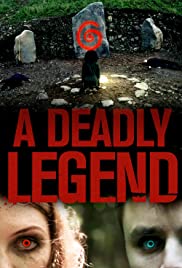 Blast Magazine: In the last five years, you’ve been involved with a number of TV series, including The Goldbergs, Superior Donuts, and Forever. You were also a regular on a number of TV series early in your career, like Taxi and Dear John. Moving forward, are you more interested in finding a specific television series to attach yourself to and just focusing on that or do you prefer being able to do a few episodes of a show and then a movie and having that freedom to bounce around more?

Hirsch: Today’s industry is very different. It has tremendously changed because of the availability of how film and television appear. Television, because of the pandemic, is the exhibitor of everything right now. You can watch TV shows, movies, and even plays on there.

There was a movie I loved doing, This Must Be The Place, by an Italian director [Paolo Sorrentino] who had never made an American movie in English before. He was a delightful man and the story was great. Sean Penn played a 50-year old ex-rockstar trying to find the Nazi who was at his father’s concentration camp. His character then finds me, a great Nazi hunter in America. When I saw the structure of that movie, I said to myself, “I’ll play anything in this one.” The movie went to the Cannes Film Festival and got a tremendous reaction but didn’t really go anywhere after that. Regardless, the experience is worth it. I love telling stories like that and doing movies by really imaginative directors. If you could guarantee me that for the rest of my life, I would do it.

I did love doing those TV series. They allowed me to express myself in quite a few things and it made me grow up into the actor I am today. That being said, you can’t go backwards. You can only get experience and experience is great, especially if someone wants you and what you want to express.

I love doing things where the challenge is to convince audiences that you could be that person. I did a play called I’m Not Rappaport where I played an 81-year old man and I was only 50 at the time. I got more out of that than any other play I’ve done. I remember opening night, I heard someone in the audience say, “Did you see Judd Hirsch? I didn’t know he was that old.” I wasn’t. But that’s makeup and it’s a fun challenge to convince the audience that you are someone else.

The play was 1,000 performances and I went everywhere. We were on Broadway, off-Broadway, and then came back to Broadway again. It never ended. People used to ask me, “Don’t you get bored doing the same show night after night?” But I never looked at it that way. I always thought about it in the sense that this specific audience had never seen the play before. With Taxi, the audience had never seen that specific show before either.

But to answer your question, yes, I would love to do more TV.

Blast Magazine: Prior to joining the world of television, you were a theater actor, and even between your television and film roles, you have done a number of Broadway and off-Broadway productions. Are you interested in ever going back and taking on a new role in a play or musical? If so, is there a specific role or production you have in mind?

Hirsch: Theater is one thing I would really love to do again. If someone offered me an indefinite production of anything, I would take it. Unfortunately, theater, at least in New York, won’t be back until this winter, and more likely next Spring. But I would love to be able to do theater again, whether it’s a new play or an existing one that I think is worth doing.

Blast Magazine: I previously talked to your A Deadly Legend co-star, Corbin Bernsen, about the burgeoning Hudson Valley film community. How did you find out about this local film community and what attracted you to join them?

Hirsch: They found out about me because I live there. I came to the Catskill Mountains 50 years ago. I was doing an off-Broadway production and decided I really wanted a place of my own away from the city, so I got a little cabin. 25 years later, I built a house for myself and that’s where it is. It’s practically living in the sky. All the lands around us have never really had human beings on it – some properties were only farms. What a place to put a person like me.

One day someone called me and said, “We have a movie being produced by an organization in the Catskills” and asked if I would be interested. They said it would be a story about the land up there and I thought that would be fascinating. I thought it was a charming group and said, “Where do you want me?”

It’s my hometown now and I love it.

Blast Magazine: During your long career, you’ve worked on projects in a wide range of genres, with this most recent film, A Deadly Legend, being a horror picture. However, you often seem to come back to comedy. Is that the genre you are most attracted to performing in and if so, why do you think that is?

Hirsch: In 2015, I had been away for a while doing plays and TV and movies that were not in the comedy genre and my agent asked me, “What would you really like to do?” I said, “I would really like to be on something terribly funny, whether I am the lead or not.” I enjoy it so much when people appreciate my humor. I really wanted an audience – I wanted to do a show that had a studio audience and that is what I got. It reminded me of all the shows I did before like Taxi and Dear John. Everything I did back then was in front of a studio audience. I’m not a comedian but I really love working on comedic shows.

You go through life in various stages – the adventure never ends, it just changes. 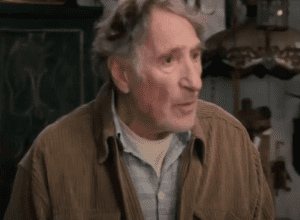 Judd Hirsch in A Deadly Legend

Blast Magazine: You’ve had an incredible career with some truly amazing projects and performances. Looking back, is there a piece of advice you wish you could tell your younger self first starting off in this business?

Hirsch: Put as much of yourself as possible into any part, whether you are auditioning for it or not, because that is the one they are going to want you for. No matter what you play, it’s always about truth telling. Peter Falk played this miserable guy and he was asked, “What did you do to play this guy?” and he said, “You don’t have to like him but you have to find out what he might think of himself that’s worthwhile and then find that out about yourself.” I thought that was brilliant.

You don’t have to be someone else.  When I was cast in some of these earlier plays, I knew exactly why. They were interested in me for a specific reason and it’s because they saw something in me.

Blast Magazine: With all of these film, television, and theater performances behind you, are there still dream projects that you have yet to complete?

Hirsch: Yes. There are a tremendous amount. I would have loved to have done Shakespeare, specifically certain characters, but it doesn’t bother me too much because I never thought I would be too good at it anyway. The urge and desire were great enough though. You have to recognize what you are best at. Self-reflective stuff is also fun – I would love to know more about myself – but if my life story was ever to be put up on screen, I would tell them to get another actor.

Be sure to watch Judd Hirsch in A Deadly Legend streaming on most major video platforms!