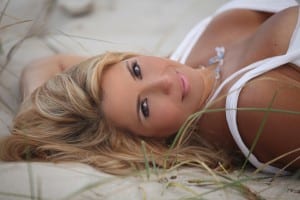 It’s not easy being mother, a wife and the head of a household, never mind throwing country music star on top of all that. Nevertheless, Lisa Matassa manages to be all of those things and more.

Matassa, previously the 1980s dance-hit singer Lysa Lynn, has plunged back into the music industry after 23 years and has reinvented herself as Long Island’s first Country Star.

The mother of two teenagers released her debut EP, “Me Time,” this past March

“It’s really my life story in three minutes,” Matassa said about the song that inspired the EP’s title. “It’s about a woman, a mother, who tries to take on everything. Sometimes you just want to sit back and relax and say you know what, I need some time for me.”

Recording this album seems to be the only “me time” that Matassa can get. She takes care of her family full time, plays with a band, co-writes songs and volunteers with the Sidewalk Angels Foundation.

“Luckily the kids are in school during the day. I also have an incredible support system with my family,” Matassa said about how she found the time to record and promote an album.

Her absolute love for music and singing also helped Matassa fit the EP into her schedule. Despite the gap between her first appearance in the music scene and “Me Time,” Matassa claims that she never stopped singing.

“Life gets in the way,” Matassa explained, but she always continued to sing at home, with her band and doing commercial voice over work.

Finally, once her kids got older, Matassa decided to start singing for herself. She explained that her earlier work as a dance-hit singer was under the influence of her record label.

“I felt I didn’t have the chance to show who I really was. I had done dance music only to try to open the doors for myself,” Matassa said.

She had an opening into the industry, and took it, but before she was able to make it her own the record label folded and Matassa was dropped. This time around, Matassa is doing things on her own terms.

She headed down to Nashville to record, and found a place she could call home, besides her beloved Long Island. 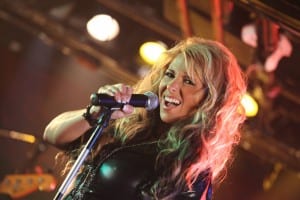 “It oozes music and talent. I felt at home there,” Matassa said about Nashville.

There, she co-wrote many songs and recorded “Me Time.” Finally, Matassa had made her dreams come true.

“I’m succeeding in living my dreams. If anything happens tomorrow, I can say, ‘you know what, I had a great life,'” said Matassa.

As of now, Matassa has no plans to stop. She is playing shows around Long Island, and recently embarked on an East Coast radio tour.

“I’m having a hell of a time!” she exclaimed.