Sex sells but so does nostalgia, and these days nostalgia is giving sex a run for its money in terms of the content we see in theaters, at home, and on our devices (excluding pornography of course).

A lack of original ideas or at least the willingness to give original ideas daylight defines the Hollywood landscape. From Top Gun sequels to Ghostbusters reboots to bringing back the gang from Full House, film and television content is littered with attempts to tap into romantic feelings and attachments to stories and events from the past. 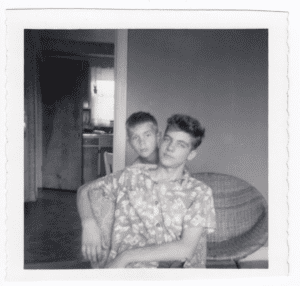 And those feelings need not be warm and fuzzy. The thirst for nostalgia has bled into true crime content, as well.

A show such as Mindhunter is fascinating, not only because of its characters and plotting, but also (primarily I would say) because it offers us a look back at some of the most gruesome crimes of the late 20th century. The nostalgia is perverse but nostalgia nonetheless.

Not to be left out is the documentary genre, which is also cashing in on the demand to revisit old crimes and dark stories. The Netflix series about Aaron Hernandez delved into the former New England Patriot star’s sinister personal life and his shocking crimes.

A slew of other streaming shows (and lets not leave out podcasts) are getting in on this act, as is the subject of this review: Unabomber – In His Own Words, which debuted on the Reelz channel in late January (under the title Unabomber – The Lost Tapes) and comes to Netflix and the Discovery Network in late February.

If you are too young to remember, the Unabomber case spanned almost 20 years. From 1978 to 1995, a series of letters and packages were mailed or delivered to various scientists, educators, and businessmen—all of which exploded when opened. Three deaths occurred and many more injuries. The suspect was on the top of the FBI’s most wanted list for years, and the once harmless chore of opening mail became an act the whole country feared.

After years of fruitless investigation, the culprit was eventually caught thanks to a tip. It wasn’t a criminal organization or terrorists it turns out. It was a man named Ted Kaczynski, a certified genius and former academic mathematician who had cast off conventional life for a small cabin in the wilds of Montana. The cabin did not have electricity or running water. Kaczynski lived like a hermit, filthy and unkempt, all the while building bombs and writing manifestos about the evils of technology and a “system” which exercised –in his mind—a malicious control of society.

A documentary on the Unabomber case is not new. Kaczynski’s story and rampage has been well chronicled over the years, but Unabomber – In His Own Words does have a fresh angle. The four-part, four-hour docu-series features recordings of Kaczynski discussing his crimes and philosophy.

Kaczynski is incarcerated for life in a Colorado supermax prison, but he consented to be interviewed by a woman who runs a publication called ‘Earth First.’ Perhaps believing her to be a kindred spirit, he allowed her to record his personal thoughts on his crimes and animus for technology.

These musings are sprinkled throughout the documentary, but in truth, it doesn’t add much. The interviewer is not really skilled in that art, and Kaczynski, in his own words, is a little bland, sounding more like a standard campus radical than an arch criminal.

This does not mean Unabomber – In His Own Words fails. It’s an extremely well made piece of work that is certainly binge-worthy. I watched the entire series in two sittings.

Though I was very familiar with the case, the documentary does offer new pieces of information I had never known about. Kaczynski had been part of some manipulative psychology experiments as a 16 year old Harvard student. And it was really Kaczynski’s sister-in-law, whom he had never met, who first suspected him.

The Unabomb case was cracked when newspapers agreed to publish the Unabomber’s manifesto. It was hoped that someone would recognize the style of writing and connect it with the bomber.

This is indeed what I believed had happened. So it was told, Kaczynski’s brother matched up some early writings of Ted’s with the published manifesto and called the FBI. But Kaczynski’s sister-in-law really suspected Ted at first and had to work to convince her disbelieving husband his brother could be the Unabomber.

Indeed, David Kaczynski, the Unabomber’s brother, is the most sympathetic and compelling figure in the series. He is soft spoken and gentle and empathetic, the opposite of what his brother seems to be, and every interview with him shows the pain he underwent, at first realizing his beloved brother could do these things and then taking steps to alert authorities. David knew he would save lives by turning in his brother, but this could have resulted in Ted’s execution, or, what did eventually happen, his sentence of life-imprisonment.

The series interviews many others, some involved with the case and also compelling, and then a few arm chair psychiatrists who come off as too speculative to be trusted.

Indeed, the weakest part of the series is the concluding segment, in which an attempt is made to suggest the Harvard experiments could have twisted Kaczynski and transmogrified him from shy but engaging genius to angry young man primed for a streak of violence.

These attempts to mitigate or rationalize his crimes, though perhaps seen by the producers as offering balance, are, at best, unconvincing.

This does beg the question of mental illness and what exactly Kaczynski suffers from. To hear him tell it, he is not mentally ill and resisted an insanity defense at trial. He did not want to be seen as disassociated from his actions. He hated the modern world of technology and the system that supported it, and, in his own small way, was doing what he could to destroy it. To call him crazy diminishes the earnest philosophical motives behind his actions, or so he believes.

However, listening to him speak about himself and his crimes or hearing others describe him, one can only conclude he has some kind of disorder.

As such, his arguments are easily dismantled. Much is said throughout the series about his hatred for “technology,” but was not his cabin in the woods a technological advance from what cavemen used for shelter? He eschewed electricity and running water, but he had a hot plate and a pellet stove. He used the modern mail system and chemical components to create bombs. His point of view seems to be that technology in the right hands is good, but only his hands are the right ones. If that is not megalomania and illness I don’t know what is.

And after it all, what was the result: he lost. Kaczynski’s capture came right at the birth of the internet. Cell phones were big and blocky then. There was no social media or GPS tracking. But there soon would be. Technology did not stagnate because of what he did; it accelerated at a geometric rate. And we are likely better off for it.

I say likely because with more and better technology that makes human life easier there are perils. We have the NSA potentially watching our every move. Surveillance cameras, once only to be seen at casinos and other high security facilities, are common place. Indeed, every cell phone now is a mobile surveillance and recording device. Facebook and Google data mine every click we make. Kaczynski fled to Montana to live off the grid, but anyone with a computer today could see the roof of his cabin with Google Earth. Did he have a point, even if his means of making it were horribly wrong?

One thing about the docu-series is not subtle or nuanced: from the word go, it’s clear Kaczynski is the Unabomber. Unabomber – In His Own Words, ipso facto, doesn’t attempt to make you wait until the end to discover who the culprit is or offer any other theories—outlandish as those may be. This foreknowledge notwithstanding, the series easily pulls the viewer in as you experience (or relive) the timeline of the bombings and Kaczynski’s life.

In this regard, the series succeeds in good old fashioned story-telling, with strong pacing and adeptly knowing when to cut away to a neighbor or FBI case worker for an interview. The big feature of the series is, ostensibly, Kaczynski’s commentary, but since that never felt especially insightful, Unabomber – In His Own Words could have been just as interesting without “his own words.”

And does this series stand out from all the other Unabomb-related material? This is also hard to say. It’s a crowded landscape, and one should be careful not to confuse this docu-series with a fictional rendering of the Unabomber story, titled Manhunt, which also streams on Netflix.

Perhaps such is the lust for nostalgia in today’s entertainment world that we care little what format our content comes in. TV show, feature film, podcast, and documentary. We all want to revisit the past and will go to any outlet or form that will provide the fix we crave.

Blast rating: 3 out of 4 stars