Back when I was in high school, I had a strange sense of humor. Like any teenage dude scouring the Internet in the mid 2000’s it seems that the weirder something was, the funnier I would find it. Digital classics like “Salad Fingers” and “Charlie the Unicorn” became legends with my group of friends, and quickly spread in popularity as the world learned what a viral video really was. Finish Line Games’ Maize took me right back to my acne-riddled years. While the absurdist humor on the surface of this PC puzzle game might not be as immature as what I used to laugh at back in the day, the spirit of things being funny just because they are weird is what drives this enjoyable adventure. 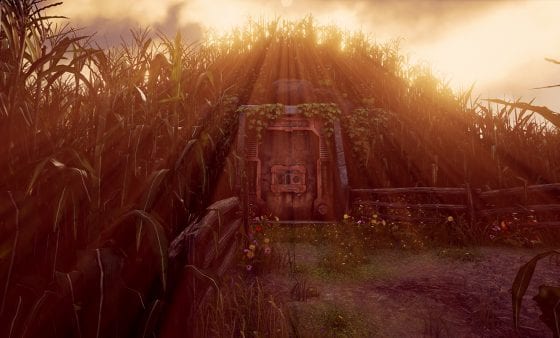 Despite its absurdity, there is a well developed plot in Maize. You will spend the majority of your time lurking around an abandoned farmhouse that was built on top of a secret experimental facility. Early on, it becomes apparent that you are not alone, as a group of sentient corn follows your every move. They speak in a comical British accent and love to take naps, but can also open up pathways once you solved the correct puzzle. A more direct companion comes in the shape of Vladdy, a knockoff Soviet teddy bear that follows you around and thinks everything around him is stupid. He can also crawl up small spaces and help you, if you don’t mind him complaining about how much you abuse him. While the cast of characters is creative to say the least, I had way more fun reading the passive aggressive notes left behind by the facility heads. Bob is a narcissistic businessman riding on the coattails of Ted’s apparent scientific expertise. There are dozens of Post-It notes and other documentation lying around that details the genuinely hilarious interactions these two had, from building a nursery in a facility with no children, to Bob’s perchance for carving out commemorative lobbies. Seeing what new argument they had gotten into was way more entertaining than hearing Vladdy complain every time we walked into a new room, and was the main drive in getting to the end. 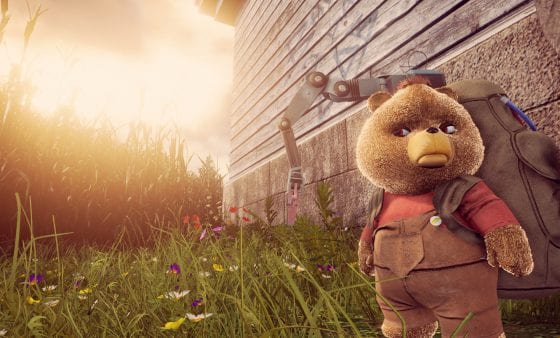 Maize has its roots deeply ingrained into the point and click puzzle games of the 90’s with solid ambient music and tons of objects littering every room. However, it is lacking the challenge that made these games so memorable. As you walk around the complex you will find objects that you can pick up and carry with you. These objects can be used in very specific places in a very specific way. Hundreds of games have done this formula before, where the player has to solve how the developer was thinking more often than what the logical thing to do would be (the infamous cat hair mustache comes to mind). Maize tries to mitigate this by clearly highlighting what can be picked up and where it can be used. It turns the game into a massive “Eye Spy” book rather than a notebook-filling classic adventure game. There is nothing wrong with this, but it does remove pretty much the all challenge in the game. 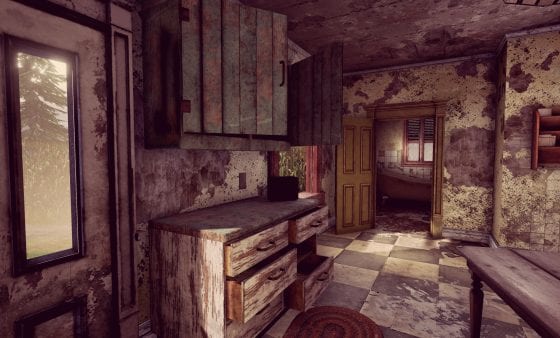 This leaves the story as the only real catalyst and it does not disappoint. As I mentioned earlier, the humor is absurdist and silly but the writing is really sharp. It never forced a joke and would often carry on threads throughout the whole game, like every rock you take with you having a different personality. Items that you pick up come with a bit of flavor text that describes it and there are some legit chuckles, from my character thinking a speaker was a strange animal and not moving for several hours to a novel where the author spoils the ending on the cover and it becomes a high-grossing motion picture. The writers really do deserve all the praise here as what the game lacks in engrossing gameplay it more than makes up for with hilarious exposition. It also helps that it can be beaten in a few hours, not overstaying its welcome and leaving the jokes feeling fresh in your mind. 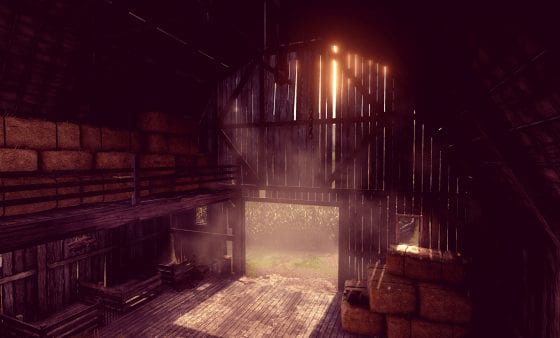 Maize feels like a game made 20 years ago. Back in the golden age of puzzle-adventure games, a title like this would have blended into the crowd of classic LucasArts produced stories. But today, these kind of gems are fewer and far between. It is a short story that feels as witty as Grim Fandango, with the atmosphere of Portal and an ending that none of these games even come close to matching. You won’t need a walkthrough to get through it, but Maize does an admirable job of reminding us that sometimes things are funny just because they are.