The basement of the Lizard Lounge is a cozy space, caressed by soft red lights and the quiet din of folks enjoying drinks and one another’s company. Saturday night is always ripe with the chance to soak up a new experience or feeling. Tonight, in this little subterranean art space, everyone has come to see Adia Victoria.
Described as a “gothic country” singer, Victoria never limits herself to just one genre or mode of expression. She howls and croons, smiles and sighs, never once allowing the listener’s mind to wander. She commands, albeit modestly, full attention, because what she has to say is critical and beautiful. “That’s how I know a song’s really good, when it just kind of like pours out from the moment, and I can feel it. I just know that those are the ones that I need to keep, when it captures a moment in my life.” On her new album, Beyond the Bloodhounds, every song is a keeper. 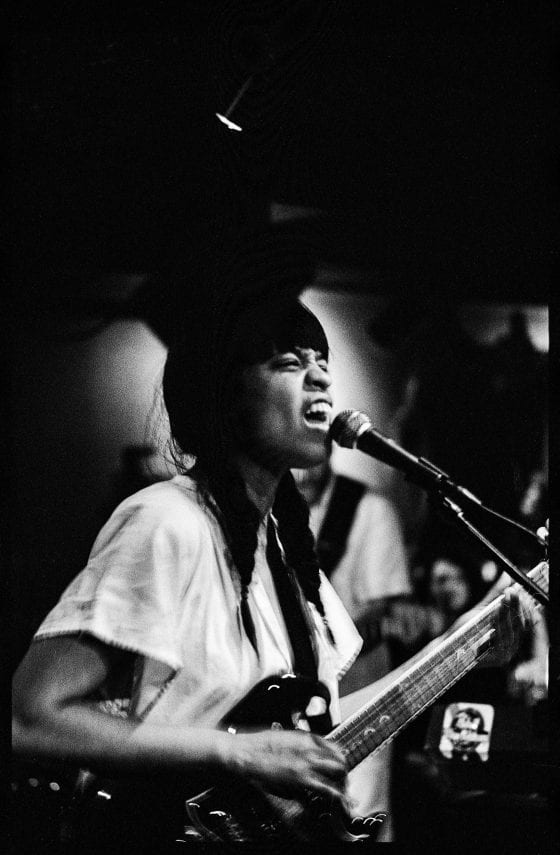 Growing up in the Adventist Church in Spartanburg, South Carolina, she explains how she was cut off from secular culture in the early 90s. Her first experience with music was singing solos in her church. After being enrolled in public school for 6th grade, she began playing the oboe in band, but eventually decided on the tuba.
Despite being cut off from secular culture as a child, she still found artists like Michael Jackson. “I remember watching his music videos and just being in awe of his talent, because as a young girl I couldn’t comprehend that he was human.” She goes on to explain how she was exposed to hip-hop through her brothers, and pop music in public school. Victoria admits, though, “I don’t have a big music index, I kinda just go with my gut…” It was Victoria who brought herself into the world of music. It wasn’t forced upon her like parents making their child take piano lessons. “I just kind of went out and found it myself,” she concludes humbly.
Before her set, Victoria sits in the corner of the makeshift green room, which reads more like a boiler room. The walls scream with the bright color of graffiti left by past artists, but she simply leans on a small wooden table and enjoys a glass of wine. She reminisces about going into the studio for the first time, which gave her a chance to “see how the sausage was made.” She learned a great deal and explains, “To go into a studio and be like, ‘I want to put sound to this emotion,’ and then have people in there that can help you with this—the engineer, and the producer—[who would say], ‘Okay, well, here’s how we’re going to do that.’ That, for me, was just…other-worldly.”
Victoria’s presentation on stage is simplistic and powerful. Her look is anything but flashy: hair in pigtail braids, a dress reminiscent of a hospital gown, and white slip-on shoes that manage to stay on her rocking feet. Her band—keyboardist, second guitarist, bassist, and drummer—are all dressed in white as well. The Gibson SG cast against her ghostly white shadow is striking, and it gives her nearly formless figure a reference point—the guitar in her hands, moving as though one with her body. She is the physical manifestation of the emotions on which her tales are built. Her face changes like a storm: on a blues tune, her vibrant eyes cry out in lonesomeness and torment; on a sweeter song, her face softens, lips tenderly crafting each word in her distinctive accent. There is, however, nothing simplistic about the composition of her songs. The artistry is there, but it’s not arrogant, and neither is Victoria. 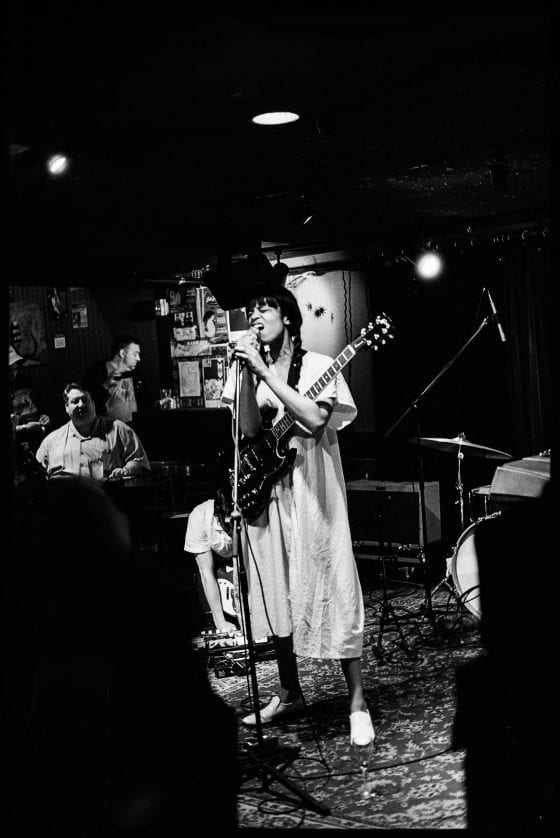 Despite her steady and almost shy stage presence, Victoria knows the mic is hers. She dedicates her sweltering blues tune, “Howlin’ Shame,” to Tamir Rice and Sandra Bland. The recording ends with a refrain, “It’s a howlin’ shame.” In her performance to this predominantly white, older audience, however, she echoes the slogan of the recent campaign to resist police brutality and anti-Black violence against black women, singing: “Say Her Name.” Victoria concludes her performance with a song she wrote called “Ain’t I A Woman,” a reference to a speech by 19th-century abolitionist and women’s rights activist Sojourner Truth, who was herself a former slave. She introduces it, saying, “This song is for all of my white feminist friends who are struggling to understand that I’m a woman too.”
Adia Victoria is as far from fake as you can get. She is without frills. Her strength as a performer is in the steady and raw delivery of her creations. Her spirit is honest. Perhaps the magnitude of her talent can be attributed to her feelings about music from an early age. What made her first experience in the studio “other-worldly” was the way she had understood music to be. “I don’t know, I guess I just thought as a kid that it was magic, music was magic to me.” At last she’s had the chance to create some of her own magic, and she has truly cast a spell on America’s ears. 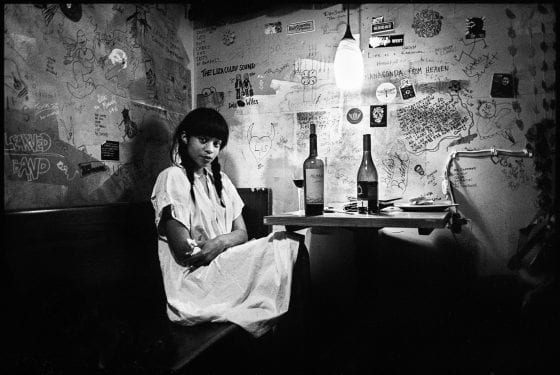