By now, everyone knows that Ashton Kutcher will be replacing Charlie Sheen when the most popular sitcom on television, Two and a Half Men, returns this fall. But until now, CBS had been tight-lipped about Kutcher’s character.

On Wednesday, Entertainment President Nina Tassler finally opened up about the series revamp while on a press tour in Beverly Hills. Kutcher will be introduced over the course of the two part season premiere. He will play Walden Schmidt, a billionaire with a broken heart. Aww, poor Ashton!

Wait: A rich, single guy taken in by Duckie and the kid who got uglier as he got older? Perhaps it won’t be much of a revamp after all. Not to alienate any readers out there, but it’s not like the show could get any worse. Even if the biggest difference is a smokin’ hot lead actor instead of a wrinkly, pathetic old man with no comedic talent whatsoever, it’s a step up.

Said Tassler, “Who could have predicted that we would be here six months ago?” Um, everyone, pointed out one reporter.

The season premiere is ready to be shot this Friday, but don’t expect to get any more hints before the show airs. Tassler would not confirm the rumor that the season begins with the funeral of Sheen’s character, Charlie Harper.

If Kutcher can’t breathe new life into the show, it too may soon be dead and buried. 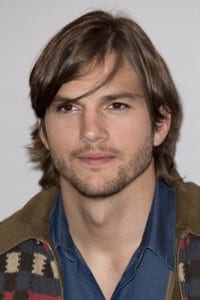 Kutcher joins the cast of Two and a Half Men