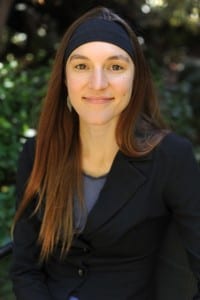 As farmers around the country are being pressured to adopt corporate techniques for growing unsustainable crops, a group of about 20 Montana farmers has pursued an alternative: organic lentils. Lentils naturally produce nitrogen to fertilize the soil, do not require the use of chemical pesticides and require little to no watering. This group of farmers now sells their crops under the brand name “Timeless Seeds,” to gourmet restaurants and health food stores around the country. Author Liz Carlisle documented their story in her book, “The Lentil Underground,” released January 22. Carlisle is a former legislative aid to Sen. Jon Tester (D-MT), holds a Ph.D in geography from the University of California, Berkley and is a fellow at the Center for Diversified Farm Systems at the same university.

BLAST: Why did you decide to start the Lentil Underground project?

LIZ CARLISLE: I was really inspired by this group of farmers in Montana who decided they didn’t want to farm industrially and were willing to spend 30 years to carry out an alterative.

BLAST: You grew up in Montana right? Was farming a part of your childhood?

My grandmother was a farmer and her family lost her farm in the dustbowl so I didn’t grow up on a farm but that experience was really impactful for her and she spoke a lot about how it affected her. About how much she loved farming and how to not repeat those mistakes… I felt she had a certain wisdom from having worked with plants and animals so closely. Some of us are so removed from the natural world and I felt like she knew more about her place in life from that work.

BLAST: How did you first find out about the Oien family?

LC: The first time I heard about David Oien was when I was working for Senator Jon Tester who was an organic farmer from Montana. I was working in his DC office so I would hear from people in Montana about their ideas on policy and I realized he was not alone and that there were many other alternative farmers. And, one of the people I heard about was David Oien who had taught a lot of people about lentils, and the benefits of farming them.

BLAST: Why do you call it the Lentil Underground? I understand the lentil part, but where did the underground part come from?

LC: The Lentil Underground is an underground in two senses Firstly, I wanted to call attention to what is going on underground for the plants – how the lentils are working with the soil and how they are producing natural nitrogen fertilizers. But it is also a social underground. Sometimes we think it is just businesses who innovate new strategies but in fact it is all about the people that are making it possible.

BLAST: Were you a lentil enthusiast before starting work on this project?

LC: I had definitely eaten lentils but I had no idea my life was going to be so thoroughly entwined with lentils… I realized I will spend much of this year eating lentils, and I am not upset about that! 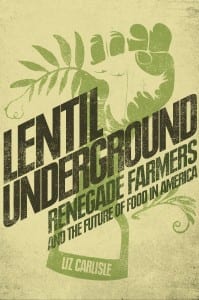 BLAST: On that note, what is your favorite thing to do with lentils?

LC: My favorite lentil dish is an Ethiopian dish. It’s really simple but delicious. It’s called Messer Wot. You basically stew onions in Ethiopian spices and then mix in the lentils. I first had it at a restaurant here in the Bay Area and have been pretty much addicted since.

BLAST: If people come away from reading your book with one message, what do you want that to be?

LC: I hope people come away from this book understanding the importance of working together in communities rather than taking a sort of rugged individualist approach to success. Lentils work together in a community to make nutrients that they share with the crops that come after and the farmers work together as well… I hope people understand how critical it is for us to embrace our interdependence in order to respond to challenges like climate change.

BLAST: How were you able to manage working towards a Ph.D while also writing a book?

LC: I did this research as a Ph.D student in geography at UC Berkeley so the research was the same it was just two different pieces of writing. I wrote the book for a general audience and wrote the dissertation as three articles that focus on the more nity-gritty technical aspects.

BLAST: Now that the book is out, and you are getting your Ph.D, what is your next plan?

LC: Both of my parents and all four grandparents were educators and I’m excited to teach college students.

BLAST: I saw that you worked as a legislative correspondent. Do you ever consider going back into politics?

LC: I don’t think I will ever run for elected office and I don’t imagine I will have a directly political job but I was inspired to do that work to be civically active, and I think that is really important. Social movements and Civic activism is really the center of our political life, so write those letters to your representatives, and sign petitions and everything. I think I will always be really active in that way.

BLAST: You had to talk to a lot of farmers for this book who probably weren’t really used to being interviewed, how did that go? Were they all open and willing to talk?

LC: I think throughout the research process I just tried to be human and interact with people on that level and I was so curious and had a lot of respect for what they were doing. I think because I approached people with that respect, curiosity and passion, they were really willing to open themselves up and they were very generous.

BLAST: If you had to predict, where do you think the alternative farming movement will go in the next five years?

LC: I think we’re going to need policy change to scale up production because it is still structured as a niche market. It still relies on affluent consumers so it sort of requires that there is an alternative to compete against.

I think we need to start to regulate the entire food system so we stop having this niche market for organic food and stop growing crops with too many chemicals anywhere.

BLAST: Finally, you have one sentence to convince people to read your book. What is it?

LC: The future of the food is more fun than you think.