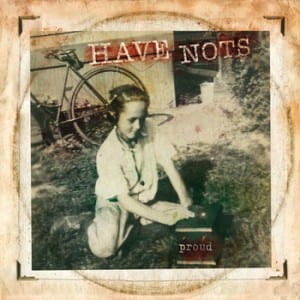 The Boston based punk band Have Nots announced a tour with Big D and the Kids Table, also of Boston, set to kick off this Fall.

The six-week tour will start in Buffalo, NY on September 20 and hit many major cities across the country.

“We’ve been trying to make this tour happen for a while, but logistically it just hasn’t worked out,” said Have Nots drummer Steve Patton. “With Big D releasing a new record that harkens back to a more ska/punk sound, and our new record Proud just coming out, it seemed like the perfect time to do it, and we couldn’t be happier that the guys agreed to take us along!”

Have Nots were named one of Alternative Press’ 100 Bands You Need To Know in 2011.  Their sophomore album, Proud, has been greatly praised, with the Boston Phoenix claiming it may get punk skeptics to reform their tastes.

“Simply put, this sophomore effort by Have Nots, a gang of Boston punks who like to mix a scally capful of ska in with their high-octane onslaught, roars out of the gate and rarely lets up,” the Boston Globe said.

Catch the punks at one of the dates listed below: