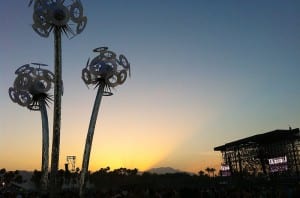 The long-anticipated list of artists appearing at Coachella was finally released on Monday, revealing more than one hundred artists who will perform at the two-weekend festival.

The outdoor festival is headlined by the Black Keys, Radiohead, Dr. Dre and Snoop Dogg. Other artists performing include Bon Iver, Andrew Bird, Florence and the Machine, Beirut, Neon Indian, Arctic Monkeys, and Other Lives.

This is the first year the festival, which takes place at the Empire Polo Club in Indio, California, in the Coachella Valley, will occur over two weekends, April 13-15 and April 20-22.

For the full lineup, see coachella.com.