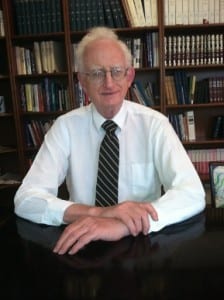 NEW YORK — The First Amendment is one tricky piece of the Constitution.

We are not as “free to speak, or advocate,” as we would like to be, and there are various ways to interpret our so-called natural rights.

In the case of Julian Heicklen, he is determined to look back at 2011 and be proud of having at least tried to protect our liberties as citizens against the oppressions of the government.

Mr. Heicklen is a 79-year-old former Professor of Chemistry at Penn State University, who has stood outside of the U. S. District Courthouse in Manhattan and other courthouse entrances since 2009 speaking in favor of jury nullification by handing out pamphlets aimed to inform jurors of their right to acquit a defendant if they disagree with the law that is being levied, regardless of evidence presented.

Heicklen is a civil rights activist who began advocating for jury nullification rights in the 1990’s, shortly after he retired from Penn State. He openly smoked marijuana on campus, according to reports, in order to get arrested as a protest against marijuana laws.

Over 20 years later, he is being indicted on a charge for violating a law against jury tampering; a straight-forward attempt to influence the decision(s) of a jury during the course of a trial.

Reached by e-mail on Thursday, he says that he believes that it is important to teach Americans about jury nullification because “Most [people] believe that they do not have this right. This is reinforced when the judge tells them that they must uphold the law as he gives it to them. He is lying. It is only when jurys nullify laws that tyranny ends.”

The New York Times cited Barbara Garrison, who heads the Penn State chemistry department, calling Mr. Heicklen “an enormously creative scientist” who “really liked to think outside the box.” The problem is, thinking outside of the box has gotten him arrested 29 times and incarcerated another 9 times.

He says that possessing the right to nullify has been the reason why “we got freedom of religion and the press, why Northern juries refused to return runaway slaves to their Southern masters, why alcohol prohibition ended. Today juries are beginning to nullify laws against marijuana possession and some obscenity laws.”

We are taught from “An Essay on the Trial by Jury,” taken from lysanderspooner.org, that in “Every criminal trial, the jury is told that the accused has to put himself upon the country, which country you (the jury) is.” However, the excerpt added that “if the government may dictate to the jury what laws they are to enforce, it is no longer a trial by the country, but a trial by the government.”

According to First Amendment expert, Floyd Abrams, who is a partner for Cahill Gordon and Reindell LLP, he “does not believe that the advocacy of jury nullification outside of courthouses can constitutionally be treated as a crime.” He says that if “Mr. Heicklen were aiming his advocacy or pamphleteering at a specific, already chosen jury, that might properly be viewed as jury tampering. But the advocacy of jury nullification to one and all seems to me well within the bounds that are protected by the First Amendment.”

Moreover, the U. S. Attorneys Office does not agree. They have stated that “It may be legal to distribute material in a public forum,” [but] “The plaza in front of the courthouse is not a public forum,” and that the “advocacy of jury nullification, directed as it is to jurors, would be both criminal and without Constitutional protections no matter where it occurred.”

Courts have proven to be hostile to this controversial subject.

New York Law School Professor, Susan Abraham, explained that “[ she] has never heard of jury tampering applied to someone who informs jurors about their right to nullify a verdict,”

Abraham, along with Andrea D. Lyon who is the Associate Dean for Clinical Programs and the Director of the Center for Justice in Capital Cases at DePaul University College of Law, think that “Mr. Heicklen has the first amendment defense.”

“I think that there is no possibility that I can win this case in the courts,” said Heicklen.

He is being denied the right to a jury trial, and thinks that prosecutors have “violated their oath to uphold the U. S. Constitution. They should be impeached (along with the judge), disbarred, and put into prison.”

If convicted, Heicklen faces up to six months in jail.

No matter what the verdict is, the case has nevertheless brought an enormous amount of attention.

Heicklen thinks that “this case can only be won in the court of public opinion,” and hopes that the public is “fully informed,” of his situation.