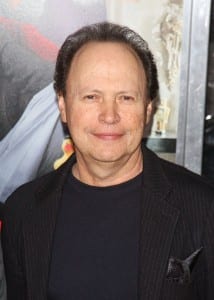 Billy Crystal has officially signed to host the Oscars in 2012. The actor announced the decision on his Twitter, writing “Am doing the Oscars so the young woman in the pharmacy will stop asking my name when I pick up my prescriptions. Looking forward to the show”.

Crystal is replacing Eddie Murphy as the host, who stepped down with producer Brett Ratner after Ratner was publicly derailed for his use of derogatory gay slang.

This will be Crystal’s ninth time hosting the ceremony, weighing in as the oldest solo host since Bob Hope.