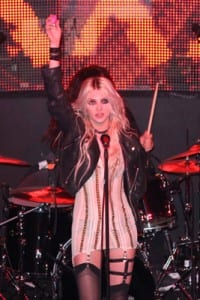 Former “Gossip Girl” star and all-around bad girl Taylor Momsen announced today that she is officially retiring from acting so she can focus on her music career and her band, The Pretty Reckless. Her only notable work includes the CW show and the part of Cindy Lou Who in 2001’s “How the Grinch Stole Christmas.” To put that in perspective, it would be like if you got a job at McDonald’s and retired after serving five Big Macs and a couple of Happy Meals.

Still, we think this is pretty reckless of her.