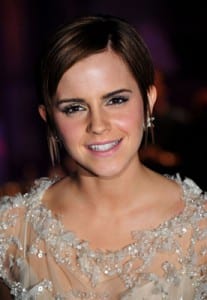 Emma Watson, who just wrapped up a decade-long career as Hermione Granger, has decided to return to Brown University next year to complete her degree.

The “Harry Potter” star, who is now 21 years old, is studying at Oxford in England in the fall, but she told the Virginian-Pilot that she remains enrolled at Brown and will return to the Providence institute in 2012.

The last Potter film, “Harry Potter and the Deathly Hallows Part 2” took in about $169 million during its opening weekend, dethroning “The Dark Knight” for a move’s best opening weekend.