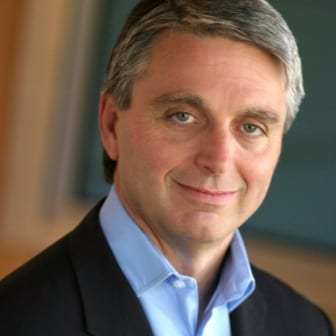 Electronic Art’s CEO John Riccitiello makes no bones about the fact that he thinks his company’s upcoming epic shooter Battlefield 3 is better than rival Activision’s Modern Warfare 3, in fact, he wants the competition to “rot from the core.”

Oh, things started off civil during the CEO’s chat with Industry Gamers. “The honest truth is I think Modern Warfare is going to be a really good game,” he said. Then, things turned sour quickly. “I think that in a weird way it’s starting to feel a little to me like the Disneyland abstraction of a war game – a little bit jump the shark. So it feels a little bit like that to me. And I think there’s a market for that.”

Riccitiello says that there’s a market for Call of Duty, but smart gamers will make the right choice. a concentration of people that might tell the difference between a good game and a bad game. We’re going to do really well there. A lot of people bought Modern Warfare more for the coffee table and didn’t play it for 2 months. There’s sort of that mass audience… they’re going to win there. The question is, ‘So, if the gamer buys our game and the mass audience buys their game, where do the two meet?’ And all I want to do, if you will, is to have them rot from the core,”

The CEO was quick to point out what he believes EA is doing right with Battlefield, versus Activision. “”I think our game is more authentic. It’s definitely going to do a lot of things better. Lighting’s better, physics is better, animations are better, particle effects are better, vehicles are better.”

Riccitiello also claims that Activision rushed their Call of Duty announcement in an effort to stay relevant. “I think the reason they led with their chin is that they needed to say something against what was clearly a more powerful presentation of Battlefield 3 over Modern Warfare. So they needed something to say. I think they picked the wrong thing, but there’s a lot of months between now and November so they’ve got plenty of time to recover,” he said.

Harsh words. What side are you going to be on this November?