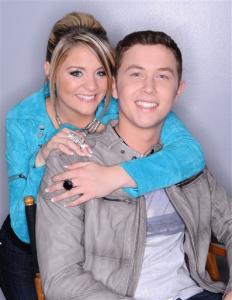 She will face off against Scotty McCreery as the two country singers battle it out for the crown.

Host Ryan Seacrest brought a doctor into the Nokia Theatre Tuesday who explained that Alaina, a 16-year-old from Georgia, blew out a vocal cord rehearsing for the finale, but after “a lot of medicine,” she will be able to go on.

The young final features Alaina against the 17-year-old McCreery.