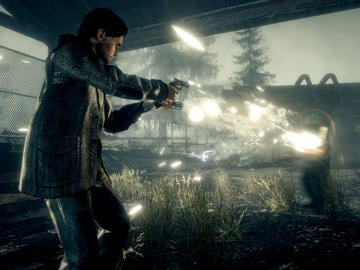 Remedy games has confirmed that a new title set in the Alan Wake universe is currently in development, but here’s the tricky part — it won’t be a direct sequel or DLC for the original game.

“Fans of the franchise will be excited to learn that yes, more Wake is coming! But to be absolutely certain to avoid confusion, this next Wake installment will not be Alan Wake 2,” Oskari Hakkinen told Eurogamer.

So what exactly are we getting? Will it be DLC, a prequel, perhaps a spinoff? We can’t say for sure, but Hakkinen says that whatever it is, we should see it by Fall of this year, so an E3 reveal is likely.

It’s something that’ll definitely give more to the Wake fans out there, but just as importantly, this installment will also give an opportunity for players who aren’t familiar with the franchise to finally jump on board,” he says.