Another photo from the forthcoming “Spider-Man” reboot has hit the web, showing star Andrew Garfield running on set in full Spider-Man garb.

The photo gives a good look at the costume that will be featured in the upcoming film. Just as the promo image released earlier teased, it’s going to stylistically differ from the previous films. This picture really gives an idea on some of the differences.

A big notable from this picture is the metalic gadget around the wrist of the outfit, which seems to indicate the film will go with the traditional backstory for Spider-Man’s webs.

By the way, look how skinny Spider-Man (and his shadow) is. I guess they are going to play up the teenage angsty thing right? 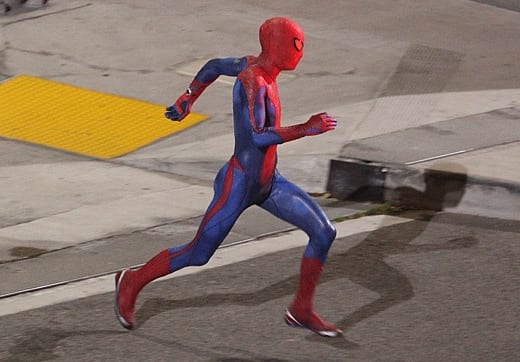