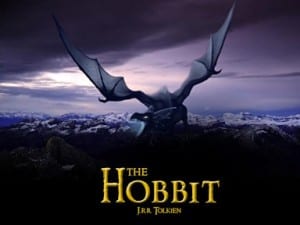 New Zealand’s “Hobbit” crisis got worse Wednesday, with protests erupting in the streets amid a claim that Warner Brothers has already decided to move the troubled production from that country, and, in the mean time, local and foreign unions, including Hollywood’s Screen Actors Guild, have lifted a boycott on the production, but director/producer Peter Jackson fears this may have come too late to retain the production, Reuters reported.

The claim that Warner Bros. is packing its bags was made by Jackson’s Wingnut Films production company in a statement decrying attempts to unionize actors on the “Lord of the Rings” prequel. According to the source, Wingnut said that “next week, Warners are coming down to NZ to make arrangements to move the production offshore.”

The production house also claimed that “the lifting of the blacklist on ‘The Hobbit’ does nothing to help the film stay in New Zealand. The damage inflicted on our film industry by (the union) is long since done.”

Prime Minister John Key commented that he was prepared to meet with studio executives to “restore (their) confidence.”

The unionization dispute first erupted into public view when English-speaking actors’ unions around the world issued “do not work” orders against Hobbit in solidarity with local organizing efforts. However, their claim that the film’s producers had rebuffed organizing efforts by the New Zealand unit of Australia’s Media Entertainment and Arts Alliance union angered Jackson, who countered that “The Hobbit” was being used as a political football to secure gains for the guild and that the move could drive production away from New Zealand.

Nearly 1,500 film workers marched in the country’s capital, Wellington, to protest against the boycott by yelling “Save the Hobbit!” and “Don’t kill Bilbo!” By doing so, they were addressed by Oscar-winning “Lord of the Rings” makeup artist Richard Taylor.

Helen Kelly, the head of New Zealand’s Council of Trade Unions, that the international boycott had actually been lifted several days ago, but the announcement was delayed at Warner Bros.’ request, for reasons that were unclear, the Hollywood reported.

She also said the entire dispute could be a cover for attempts by the studio to extract higher production incentives from the government and was part of an effort to damage New Zealand Actors Equity, the union seeking to organize “The Hobbit.”

It has been a difficult issue since “The Hobbit” has been beset by problems for years, including lawsuits, delays, loss of original director Guillermo del Toro and, notably, the financial distress of co-financier MGM.