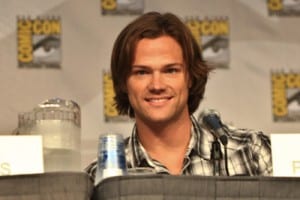 SAN DIEGO — The cast and team for TheCW series "Supernatural" arrived to Comic-Con International fresh from filming their sixth season. Jensen Ackles, Jared Padalecki, Jim Beaver, Misha Collins, Eric Kripke, Ben Edlund and Sera Gamble met with press to shed light on what to expect this year. So for fans dying to know what is in store for the Winchester brothers, and the series’ direction? Here’s the basic rundown.

If there was anything made specifically clear by writers and producers Eric Kripke, Sera Gamble, and Ben Edlund, it’s that the show is starting from scratch. With a different angle but somewhat familiar playing field; when Blast asked about the tone of the series in Season 6 Eric Kripke described it as being more a noir feel about it. There are no fedoras, cloaks, or daggers instead it will have plenty of twists and turns throughout the season. "No one is who they seemâ€¦" writer and creator Eric Kripke explains, "Everyone’s got ulterior motives."

The new season promises to bring in more "monsters" similar to the types from the show’s earlier seasons. But angel and demon fans rest assure, there will still be trace elements from the mythology threaded into it from last season. In other words, no fear, Castiel (Misha Collins) will still be around and his development will be just as dynamic as ever. Overall, considering the new direction in tone for Season 6, expect the unexpected!