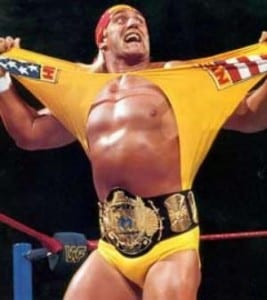 One of the most iconic names in the history of sports entertainment is returning to the ring. “Hulkamania” is back as Hulk Hogan announced he would join Total Non-Stop Action Wresting, known as TNA,

“TNA iMPACT!” on Spike TV is one of the highest rated cable shows for young men.

Hogan, who made waves in reality television after retiring from the WWF/WWE, said he was glad to be back.

“I’m thrilled to be jumping back into the world of professional wrestling,” he said. “My fans have been asking me to return to the business for many years on a full time basis, but the timing or the opportunity has never been right until now.”

Hogan recently wrote an autobiography with Mark Dagostino, “My Life Outside The Ring.” He is a member of the WWE Hall of Fame.