The DJ music/rhythm video game genre is a brand new one, but also one that is becoming increasingly crowded now with not only DJ Hero and Scratch: The Ultimate DJ, but even Armin Van Buuren: In the Mix.

What we’ve got for you today are exclusive concept art and game mode details from the Wii exclusive In the Mix set to hit shelves this October.

As you’d expect, the game starts with a tutorial explaining the concept of mixing and other basic DJ skills instrumental to your success later on. Then we’ve got career mode, which is exactly what you think it is, and you’ll starting spinning at small clubs and work your way up to festivals in 15 different countries.

A party mode allows you to show off in front of your friends with your crazy scratching skills… or something like that.

Finally, and most interestingly, a studio mode, a la the music studio in Guitar Hero, is available and allows you to start with a drum track and literally lay anything on top of it including vocals, which could actually make the game very, very fun.

Look for Armin Van Buuren: In the Mix this October exclusively on Nintendo Wii. 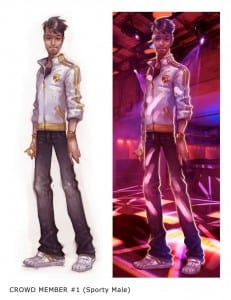 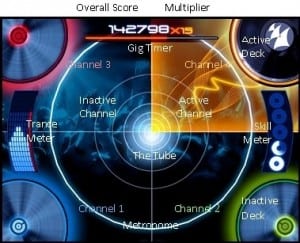