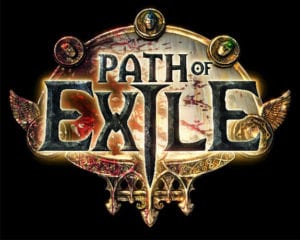 Grinding Gear Games announced today that their award-winning RPG, Path of Exile is finally available for the PlayStation 4.

Path of Exile will be completely free-to-play (and of course, never pay to win; your success in the game is dependent on the depth of your skill, not your wallet). The premiere of Path of Exile on the PlayStation 4 will also include Grinding Gear’s first expansion of 2019, Synthesis.

Path of Exile Key Features Include:

Path of Exile continues to be one of the largest online Action RPGs with continual, massive audience growth. Successful launches on the Xbox One and in China have more than doubled the Path of Exile player community since August 2017, with over 3.5 million players having played the game’s 2017 expansion, Path of Exile: The Fall of Oriath. In 2018, Path of Exile saw an increase in total play-hours of over 26 percent and the PoE: Betrayal expansion set a new record of 188,970 players online simultaneously.

Path of Exile was released in October 2013 to critical acclaim including winning GameSpot’s PC Game of the Year award. Since its launch, Path of Exile has become a global community of over 20 million players including localized versions in English, German, French, Spanish, Simplified and Traditional Chinese, Russian, Thai and Brazilian Portuguese. Path of Exile was listed as one of the top ten most-played games on Steam in 2018.

Grinding Gear Games is a game studio founded in 2006 and based in Auckland, New Zealand. Its team members come from various countries and have a diversity of backgrounds ranging from artificial intelligence and software security to industrial design and professional tournament gaming. GGG recently released its flagship title, Path of Exile, and is committed to ongoing expansion and new content releases for the critically acclaimed game. In 2018, Tencent acquired a majority interest in Grinding Gear Games.