While San Diego Comic Con officially occurs within the convention center, there are always a variety of enticing activities in the surrounding Gaslamp Quarter. This year, animation studio LAIKA encouraged guests, both with and without convention badges, to visit their pop-up shop and learn more about the intense creative process required for each of their films. Although interested attendees were required to wait in line prior to entering the facility, the staff ensured that the imaginative adventure began immediately. Costumed characters wandered around the entrance, continuing to pose for photos and wave. Additionally, personnel handed out headbands to the line which portrayed the designs of various characters from the studio’s films.

Once inside, the artistic journey truly began. The building was separated into four distinct areas, each dedicated to one of the studio’s films, Coraline, ParaNorman, The Boxtrolls, and Kubo and the Two Strings. Tour guides led groups of ten through the exhibit, explaining in detail the unique challenges and difficulties faced by the studio’s artists.

The tour began with the Coraline section, where the meticulous and intricate models for Coraline, Black Cat, Other Mother, and Beldam were displayed. Attendees were also treated to a look at the LED garden modeled after Coraline’s face. 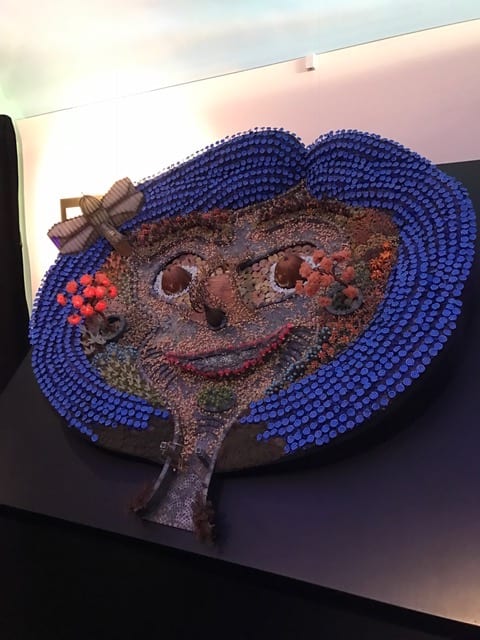 The guide then moved the group into the ParaNorman room, where Norman’s house and hallway locker were shown, in addition to the models for each of the film’s characters. 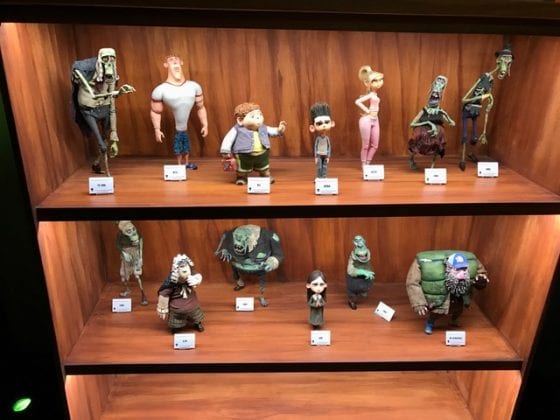 The attendees then moved to the Boxtrolls section, where characters, such as Sparky, Eggs, Oil Can, and Mecha-Drill stood alongside a model of the staircase scene. This unique opportunity illuminated the impressive mixture of metal, plastic, and steel utilized in creating Mecha-Drill. 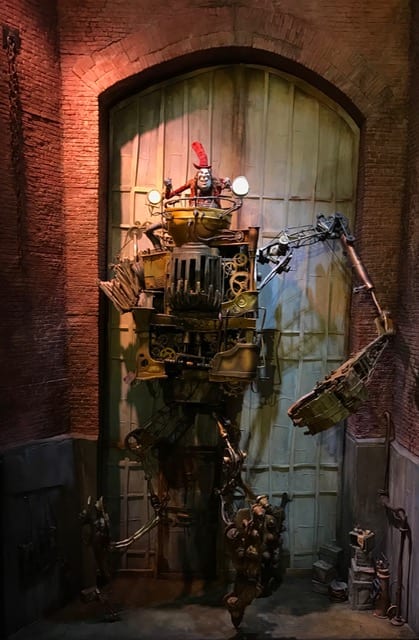 Finally, the tour concluded in the Kubo and the Two Strings room where guests had the opportunity to see each fold of the origami characters up close, along with models of the Moon Beast, Monkey, Beetle, and Kubo, as well as a scaled version of the Hall of Bones skeleton. 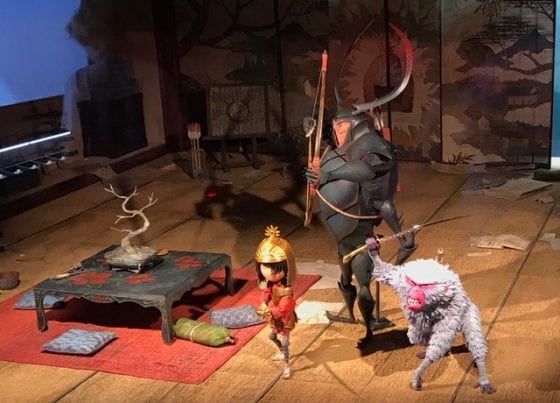 After looking at the incredible displays in each room, the tour guide provided the group with some remarkable facts about each film:

• Coraline was the first-ever stop motion animated feature to be conceived and shot entirely in Stereoscopic 3D.

• When Coraline was produced, only black and white 3D printing existed, so the artists came in and hand painted each face, including each of Coraline’s freckles.

• Over 150 sets were built for Coraline, while 79 sets were created for The Boxtrolls.

• The artists of ParaNorman made a topographical map to ensure each of Norman’s puppets had the exact same hair.

• The Mecha-Drill in The Boxtrolls required 600 pieces and 4 months to assemble, which at the time of production, was the biggest stop motion puppet in history.

• Over 20,000 handmade props were created for The Boxtrolls.

• The real Hall of Bones skeleton in Kubo is 16 feet tall with a 22-foot wingspan and has never been assembled inside the studio because of its size.

• Kubo had 48 million expressions in the film.

At the conclusion of the tour, attendees were given the opportunity to purchase various LAIKA-branded merchandise and enter into a daily raffle for a pair of LAIKA-themed NIKE shoes. Each film had a unique set of shoes custom-made for the event, which reflected the designs and motifs most prominent in the project.

It was astonishing to witness how much effort had gone into creating the characters and sets for each of LAIKA’s films. Seeing the passion and determination each artist put into making their films the magical projects they ultimately became was a moving experience and a reminder of the dedication each member of the LAIKA studio shares.

For those who were not able to attend this event, the full exhibit will be open to the public from October 5 – May 18 at the Portland Art Museum, where the Hall of Bones skeleton will be displayed in his 16-foot glory for the first time.