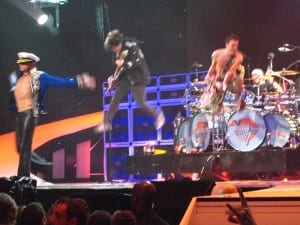 Precisely four decades after their founding in 1972, Van Halen will be hitting the road and releasing their first new album since 1998.

The band will this year consist of brothers Eddie and Alex Van Halen on guitar and drums, respectively, Eddie’s son, Wolfgang Van Halen, on bass, and David Lee Roth as their vocalist.

The band announced the tour on their website through a video, adding that tickets will begin selling on January 10. However, locations and dates have not yet been released.