Music is an all-powerful force, used by millions of people to express emotions or to ignite a specific mood. It is a universal language that many of us use to tell others who we are or to let people know exactly how we are feeling. These five songs are my personal mood enhancers. I cannot listen to a single one of these songs without singing along at the top of my lungs and doing what only I consider dancing. They make me happy and they give me a rush of pure energy. These songs make me feel like I’m on top of the world and maybe they’ll do the same for you. Comment with your favorite mood enhancing songs!

1“Secret Crowds” by Angels and Airwaves 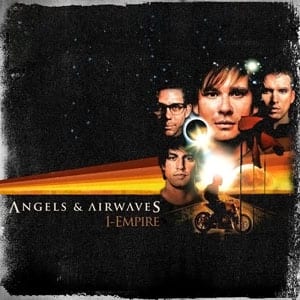 For those of you Blink 182 fans, this band is Tom DeLonge’s side project. It certainly is no Blink 182, but his songs are powerful and that signature voice is on point. This song is off of their second album titled I-Empire and is the ultimate empowerment song. The lyrics are essentially telling you to get up and speak your mind. Because if we all speak up, we can’t possibly be ignored. To get the full experience of this song, I suggest listening to it at top volume. You have to feel the rush of the music as it fills your ears. DeLonge’s voice is strong and it only continues to build along with the instruments. And it all comes together in this perfect blend of power and strength that is the chorus. I challenge anyone to listen to this song and not feel your entire spirit be lifted.

Jared Leto has an innate ability to take you through a range of emotions solely with his voice. He doesn’t just sing, he pours his soul out with every lyric. This is the perfect song to listen to when you’ve hit a rough patch or if you’re feeling anything less than good enough. It reminds you that you are your own worst enemy, that no one is perfect, and the rest of the world doesn’t expect you to be. But there is always the opportunity to do better than the ones before us.  It breathes this hopeful message into your life that can’t possibly be ignored. The song is off of 30 Seconds’ third album titled This Is War. I suggest giving all of its songs a listen, but this is a personal favorite. It captures the essence of humanity in a mere six minutes.

Album art for Stay the Night. Media credit to DigitalSpy.com

Now, I don’t usually enjoy electronic music. I just don’t understand it or get the feeling that others do when they listen to it. I often think it’s a lot of loud noises used to fill in quiet space in nightclubs so no one can actually have a conversation. But it is a very popular genre of music and I can appreciate that. However, this song in particular is so simple and so catchy that you can’t help but start to dance when it comes on the radio. It certainly helps that Hayley Williams is such a powerhouse vocalist. As soon as that first chorus kicks in your energy just jumps into high gear. Regardless of whatever you were doing, your head will be bobbing along to the music or your arms will be practically in the air as if on instinct. The bonus to this song is that it makes everyone dancing in those nightclubs feel better about taking a complete stranger home with them. Or for those of us who may dive into bed with someone we know we shouldn’t. Plus, next time you want someone to stay the night, you’ll know exactly what to say. This song just amps you up, and for all the ladies out there I suggest you listen to this song as you get ready for a night out. You can’t possibly be in a bad mood after singing and dancing your heart out.

4 “Carry On Wayward Son” by Kansas

Any Supernatural fans out there? Because if you watch that show odds are you already adore this song. This is one of two songs I know by Kansas, who have been around since 1973. It’s off their fourth album back in 1976 called Leftoverture, and has certainly stood the test of time. It’s the ultimate power ballad, in my opinion. And I would delve into what this song means but it has so many interpretations that I’ll leave it up to your imagination. Even if you don’t know a single word aside from that chorus, odds are you belt out those four lines every single time. You can’t possibly be sad when listening to this song. It just leaves you feeling optimistic, and you know that you can carry on with Kansas by your side.

The men of R.E.M. Media credit to Billboard.com

REM has managed to put such a catchy spin on the idea of the apocalypse. Whenever someone predicts the end of days, this is my go-to song. Of course, this song isn’t necessarily about the world ending in fire or in some religious rapture. It’s more of a realistic look at what the world is like. There are constant issues plaguing us all. You can’t turn on the five  o’clock news without hearing about some new illness or some popular food that may or may not give you cancer. The economy is garbage, unemployment rates are still high, things don’t look so pretty. In this world there is always something to be afraid of, and the media always plays it up like the end is near. Considering this song is about a pretty hard hitting subject, it may seem a little out of place. But for those who haven’t heard the song, it is a gem. The fast pace of it all just makes you want to get on your feet. And the chorus is too catchy not to sing along to. And in a way, it’s reminding us all that even though the picture we’re seeing is far from ideal, most of us are doing just fine. It certainly makes you start to consider your own problems trivial considering the state of the rest of the world. It can rejuvenate you, and help you move past that little something that may have been bothering you.