The ancient Norse were an interesting bunch.  Not only did their definition of “fun” include treating most of Europe like it was a Grand Theft Autohooker, but their religious dogma involved the brutal deaths of nearly all of their gods. The details of exactly how these deities shuffle off their immortal coil is described in the apocalyptic prophecy of Ragnarok. For those fans of Viking lore, the Ragnarok story is well traveled ground.  The book, Ragnarok: The Hammer brings this myth into the modern era and is the opening salvo of a three book series that takes the Norse gods in directions that neither the early story tellers nor Stan Lee would have envisioned.

One of the biggest challenges of creating a story based on the prophetic tales of an ancient culture is working within the framework of legend where the ending is already known. In a way it’s like watching the movie Titanic.  No matter what happens on the boat during its journey across the Atlantic, the ending is predictable; the boat hits an iceberg, sinks, and Leonardo DiCaprio drowns. In the myth of Ragnarok the gods engage in a civil war that kills them all.  This war not only ends the life of every living god, but most people as well.

On the surface, crafting a story around an ending that is already written in stone is like trying to surprise Nostradamus with a Jack-in-the-Box.  Therein lies what was one of the most thoroughly enjoyable challenges: how to keep the book fresh and engaging without violating either the spirit or intent of the original myth writers.  I believe that this goal has been accomplished in my bookRagnarok: The Hammer. The storyline leaves the ultimate end of the tale completely unpredictable and does so in a way that would get a thumbs up from Snorri Sturluson himself.

Those who read this book may not recognize some of the characters.  They will know the names, such as Thor and Loki, but any resemblance between the characters in Ragnarok: The Hammer and their Marvel Comics, cinematic doppelgangers are completely coincidental.  The “Thor” we have become familiar with from films and comic books (along with the whole Norse pantheon) is almost a myth based on a myth.  In the modern media narrative of this slice of mythology, Thor and Loki are brothers, Odin is god whose major desire is peace, and Thor’s hammer (Mjolnir) can only be touched by someone who is worthy. 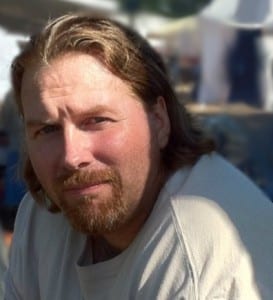 In the myths, Loki and Thor at no time are presented as kin.  They are rivals, but not relatives.  The closest they come to sharing a relation is in one of the older myths when Odin and Loki become blood brothers.  This may qualify Loki as some weird sort of distant uncle, but that still leaves him a long way from the Thanksgiving guest list (not to mention a place in line for Asgard’s throne).

A big part of the first Thor movie was the loss of his signature weapon, the hammer.  As part of the Marvel comics canon the hammer can only be lifted by someone who is worthy.  If worthiness, honor and purity of heart were the criteria for the Norse gods to use tools, than none of them could touch a pair of Craftsman pliers without bursting into flames.  In the myths, not only can the hammer be lifted by the good and bad alike, but it is stolen from Thor on at least one occasion.  In the case where the giant, Thrym, pilfered the famous war hammer, Thor had to use trickery and cross dressing to get his weapon back.

These are but a small sampling of where myth and movie find themselves at odds.  Ragnarok: The Hammer stays true to the historic representation of the gods. This gives them the color and dimension that original myth writers had originally built into these surprisingly human deities.

The myth of Ragnarok is well known.  While we all know about the relationship to Marvel comics, elements of it can be found everywhere from the music industry to video games.  I believe there is even a music festival named after it somewhere.  The bookRagnarok: The Hammer has found something new to say about it and marries this ancient apocalypse story to modern culture, technologies, and ideas.  If those of you who know the story think  you know how it ends, guess again.  You may be pleasantly surprised.