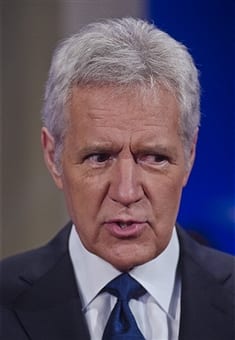 Alex Trebek, the 28-year host of “Jeopardy!” is recovering Monday in a Los Angeles hospital after he suffered what is being called a mild heart attack.

Paula Askanas, a spokeswoman for Sony Television said Sunday that the internationally known gameshow host was admitted to Cedars-Sinai Medical Center on Saturday.

The 71-year-old is expected to make a full recovery and return to work in a few weeks when “Jeopardy!” starts its next season.

“Jeopardy!” has been on the air for 48 years. Trebek and narrator Johnny Gilbert have been on the show since 1984.

“Jeopardy!” won a Daytime Emmy award for best game show on Saturday, while Trebek was in the hospital.