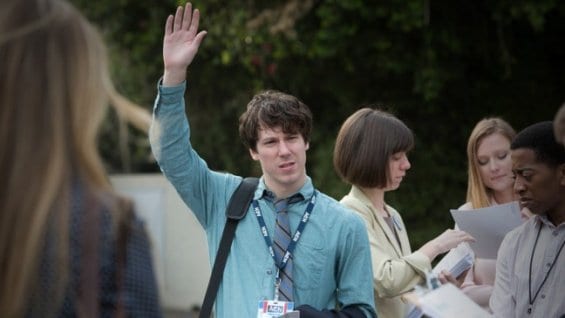 Jargon in a concept that is elementary to journalism students. The moment college freshmen have sat their butts down in Journalism 101 we’re given an outline of the basics all journalists and reporters must live by. Be the first to break the news, but be the first to break the truth. Know the difference between on and off the record. Know basic grammar and for Christ sake the difference between you, you’re and your. Know how to approach a subject and how to build contacts and rapports with interviewees and most importantly know how to write a piece that will educate and inform the reader rather than alienate and confuse them. Jargon is the big part of that.

Wherever you go jargon and the way in which we communicate with people is essential in how we conduct activity. I know fully well what a beat is and what my beat is as a journalist but someone who studies physics might not have a clue. Someone who specializes in jazz knows what a half step, harmony or an interval is but someone less musically inclined is left with question marks. Jargon, or the way in which you speak and use your words, is what connects us to our community, to our culture and to our age groups. It’s lingo used by police officers, bio-chemists, nurses, comic book enthusiasts or lowly bloggers like myself.

It’s something that was mentioned in tonight’s episode of The Newsroom when Jerry not Jim told Mac that he needed someone with him for his “Operation Genoa” source that understood military jargon.

So why it is that Aaron Sorkin who is so steadfast in his belief in educating that nation is so unaware that some of what his characters are saying is going straight over our heads?

I get that he thinks we’re all idiots. I still seethe a little but my bitterness has settled. But I don’t get how contradictory he can be within his storylines. He’ll spend five minutes making sure we totally and one-hundred percent understand that Don is using his chair as therapy for Maggie and that he and Sloan are totally now in this will-they-won’t-they conundrum and awww look how cute it is. He’ll spend an entire episode making sure we get that Jim is asking the real questions at the campaign and that politicians aren’t asked nearly tough enough questions while running for candidacy. So, since Sorkin clearly doesn’t trust our intelligence levels to pick up on the basic storylines, why the hell did he breeze through the interview scene with the Genoa soldier who was briefing Mac? And why since Mac was there to translate didn’t she do more for the audience’s sake? Because I don’t think I’m dumb and I’m good at analytical stuff and at subtext but using and discussing military concepts with military terms at a whip fast pace is guaranteed to throw the average viewer.

But hey, it’s not like that’s a huge long running narrative for the season that I need to be well informed on or anything.

But hey who cares when there’s so much other stuff to focus on this week?

Okay, okay, I may dabble in the hyperbolic statement once and a while but is anyone else terrified about where Maggie’s storyline is heading? Does anyone at all foresee an acceptable ending for this narrative that isn’t sexist, offensive or stupid? Is anyone hoping desperately for the third to be the case? Best case scenario? She sees something horrific. Worst case scenario? Something horrific happens to her and god I don’t think I could handle Sorkin forcing a traumatic storyline on a character just for the sake of the audience reaction.

I would love to see Maggie turn into a well-versed reporter in her own right but since we already know what happens to her leads to some kind of melt down that results in a Raggedy Anne haircut (ugh) we know that she’s going to need to circle the pit of hell before breaking through to levity.

There was a bucket load of stuff that fell in the middle ground for me. Nina Howard is an immensely dynamic character (surprising considering I believe Sorkin doesn’t see her the same way I do) and I like watching her interact with Will when he isn’t demeaning her and what she does (god I’d like to know his and Sorkin’s opinions on critics and if we pass the bar for real journalism) but that piano scene was just schmaltzy. Followed then by him asking her out for a date and her telling him no since the voicemail he accidentally left for her was him talking about how he never stopped loving Mac.

Yet another character he berated earlier in the episode. Awesome.

There’s also the New Hampshire bus montage with Jim  trying desperately to liberate the press campaign by asking hard hitting questions to the campaign officer who’s having none of his antics. It’s nice seeing him working hard and making a fool of himself at the same time and it’s good I guess that Hayley’s character was finally expanded on but it was essentially the same thing we saw last week accept this time there were no phone calls from Maggie and they got kicked off the bus.

I have another troubling thought that whatever happens to Maggie in Uganda is what brings Jim home and I’m going to have to keep a tally sheet on what I guess right and whatever I guess that is super far off base—to be fair I hope I’m wrong on many of my presumptions.

Sloan is still a badass.

But seriously, she is undoubtedly the best character on the show and I know I’m severely tempting fate with this comment but she is the only character who as of yet hasn’t annoyed me.

She marches herself into Don’s office to complain about her executive producer and to admit that she may have been the leak who led the tabloids to knowing that Will was high on air. Don who is taking out his frustration with his romantic life on a chair wheel tells her she should always listen to her Exec. Producer since they know what they’re doing and that she should lie to Will.

She doesn’t agree with either. She believes in honesty and that means telling tax payers that their money is funding drone missiles and telling Will she may have accidentally royally screwed him over.

But she keeps quiet for the time being.

That is until there is an infuriating shot of her EP dragging her by the wrist across the newsroom to Don’s office to give them both a tongue lashing about how they can’t be interacting with each other and influencing how the other does their show.

Don defends Sloan but more importantly Sloan defends Sloan and she tells her EP that she will control what she says and he will never demean her like he did in front of her colleagues again like he did by leading her by the wrist.

Which is good considering my rage level was absurd when that shot first appeared.

Let me rant a little bit longer about Sloan, because I adore her.

She’s strong without falling into a trope (however the idea of strong female tropes—ala Kate from Lost—being annoying is troubling). She’s feminine without having her femininity be turned into a weakness or shallow prospect—like how we were told Mac and her shoes were—she’s mentally stable if not socially awkward (unlike Maggie who’s painted to only ever be a mess) and she’s really super intelligent and it’s not just pointed out or mentioned in passing like it was with Mac in season one but it’s actually played out over and over again and it’s beautiful!

If only the other female characters on the show could be written with the same care and gusto—although there is a glimmer of hope that Hayley could have a shot.

It’s a shame because when the opening shot happened I thought we were in for a great show. It was passionate without being demeaning, it had Jeff Daniels ranting without it seeming like he was memorizing and it was about a cause that I feel deeply about. It showed a gay soldier lamenting the Republican party and what they stand for and a room full of them outright booing him and what he stands for despite their willingness to previously stand up for the U.S army and the men and women who fight for it. I guess everything comes with guidelines.

However, all of that had to be thrown off loop when Mac started asking about the mysterious phone call she never received. It had to be thrown off when Neal’s Occupy storyline was once again merely hinted at with no exploration or character growth. It was thrown off when Nina Howard and Will and Mac created yet ANOTHER love triangle on the show. It happened when on the Romney tour bus they had Jim not only trying to educate his fellow reporters but also us viewers because Sorkin doesn’t seem to believe that his demographic (many who do get his jargon and the political topics of the week) followed the electoral campaign when it was in the primary stage; he believes that we don’t remember when Rick Santorum was a thing, when Ron Paul’s old newsletters came out of woodwork, that we (his general audience of 18-42 year olds) didn’t meticulously and anxiously follow a presidential campaign that so greatly could have affected our lives.

I don’t need to hear Jim read off the facts—I read them myself. What I need is Sorkin to somehow manage to trust his audience, allow his actors room to breathe and to create storylines that incorporate news events rather that fit his characters for the news. It’s sacrificing character growth we could be getting by using them simply as a mouthpiece for whatever is on Sorkin’s mind that week.

This show has so many advantages and I still (naively maybe) look forward to watching each week. This episode was irritating, a little dull, but not terrible. I want to be proven that I’m not getting excited over nothing.