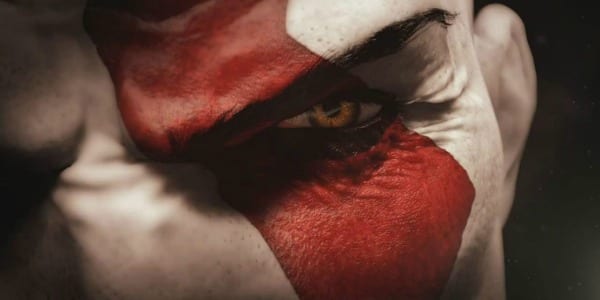 When Sony held a big event in New York City last month to show off the new PlayStation 4 console it trotted out a handful of games that were the “future of gaming.” They should have waited until after God of War: Ascension’s release, as Kratos’ latest journey is not only a testament to the power of the current generation of consoles, but a trump card in the fact that we don’t need to rush the next-gen. While it stays with what made the previous games work so well and does little to sway the opinions of those who never cared for the series, God of War has never felt or looked better and fans shouldn’t waste any time before jumping back in with everyone’s favorite Spartan.

Those who played through 2010’s phenomenal God of War III will remember that it marked a definitive end to Kratos’ saga for revenge, but Ascension takes you back to the beginning of that journey. The story picks up shortly after Ares tricks Kratos into killing his family and the Spartan is, as you may expect, a bit pissed off. He’s seeking to sever all ties with the God but is being continuously captured and tortured by the God’s three terrible sisters known as the Furies, which begins Ascension proper.

Ascension is easily the best looking and most detailed God of War we’ve seen to date; the game features remarkable facial animations that put those previously mentioned PlayStation 4 games to shame. The unique color palate of Ascension puts the world of Kratos is a brighter light than the previous games and it’s interesting to see how much the art direction changes between the game’s beginning and it’s epic ending. It’s also remarkable how the game does a fantastic job in handling the powerful giants of the world as they’re incredibly detailed and opposing.

Sony Santa Monica has done a great job appeasing fans of the franchise while still crafting an interesting tale unique to Ascension. Kratos is of course still pissed, but he’s a bit of a badass in training. Kratos’ player model in Ascension is a bit thinner than in previous games and lacks the scars he’s acquired throughout his journey, so it feels like a different character at times. There are some very cool payoff moments for fans of the series as well, like when Kratos obtains the Blades of Chaos for the first time. To their credit though, Sony Santa Monica has done a remarkable job weaving the story beats in with the game’s key moments, and as a result Ascension does a phenomenal job feeling like a change from the previous games established formula.

Of course – -that’s not to say that this doesn’t feel like the God of War you’ve come to know. The core hack and slash style gameplay is back once again and feels as responsive (if not more so) than ever. The Blades of Chaos have been given a new progression system that includes elemental magic like fire, ice and thunder magic that when fully upgraded allows for some truly awesome combos. Environmental objects and weapons from enemies like swords and spears can now be used to Kratos’ advantage and each one feels remarkably different. Take the sword for instance, which feels light and combines well with the Blades of Chaos, while the hammer feels much heavier and slower, but is great for taking out larger enemies. In general, combat feels remarkably tighter and much more fluid this go-round, which gives you a distinct advantage in even the most lopsided battles.

The main draw to the God of War series, at least for me has always been the rewarding feeling you get when taking down these amazingly large enemies in truly graphic ways, and Ascension does not disappoint in this regard. Battles in Ascension are frequently large in scale and end with dismembering and it’s always incredibly satisfying. The development team also did a great job mixing in older enemies like the Cyclops, with a series of new or refined ones like the Elephantaur for Kratos to take on. There weren’t any sections of the game that matched the amazing battle with Kronos in God of War III, but each felt unique and rewarding in its own right.

Like previous God of War games, Ascension breaks from the combat by adding in platforming and puzzle segments to Kratos’ journey. Some of these puzzles verge on clunky, but they always seem to be separated so well together that they never get over irritating. A lot of them are easily solutions, but there are a few, especially in the later half of the game that will tax your brain, and reward you just as much as the combat did.

It’s also important to note that Sony Santa Monica has done a great job improving the pacing of the franchise with Ascension. Kratos no longer just runs ands jumps from battle to battle; he’ll swing, climb and sprint to them. The game is full of dramatic set pieces that rival any the series has featured before. It’s very clear early on that Ascension pushes the limits of the PS3 more than any game before it, and the results are one of hell a journey.

Aside from the eight-hour campaign, God of War Ascension features the series standard Trials of the Gods challenge modes, but it also features a competitive multiplayer mode – a first for the series. The multiplayer mode finds players swearing their allegiance to a god and battling other Spartans. It’s a unique way to play the series, but it may not hold your attention as well as the campaign.

With Ascension, the God of War series plays to its strengths and gives players the same rewarding combat and puzzle gameplay they’ve come to know and love. It won’t change the perception of anyone who wasn’t a fan of the series to begin with, but fans will feel right at home. God of War: Ascension is a testament to the fact that games don’t need yearly releases to stay relevant; and even more proof that there’s still quite a bit of power in those old current gen consoles after all.