Cliff Bleszinski is leaving Epic Games, a company that he co-founded twenty years ago.

Best known for games like Unreal Tournament and Gears of War, Bleszinski most recently held the title of Design Director, and sounds like he just 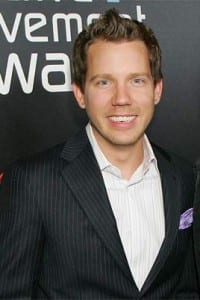 basically needs a break. “I’ve been doing this since I was a teenager, and outside of my sabbatical last year, I have been going non-stop,” Bleszinski said in a letter to colleagues,  which was posted on the Epic Games website. “I literally grew up in this business, as Mike [Capps] likes to say. And now that I’m grown up, it’s time for a much needed break.”

It’s not known what Bleszinski will do after his break, or what direction Epic Games will take. One major question is what will happen to games like Gears of War: Judgement and Fortnight without the developer’s guidance.

“In 20 wonderful years with Epic, Cliff Bleszinski has grown into a true design luminary, and his contributions to the ‘Unreal’ and ‘Gears’ series have helped shape the game industry into what it is today,” said Epic technical director Tim Sweeney. “Cliff leaves Epic with our gratitude for his many contributions, and our wishes for continued success in the next chapter of his life!”