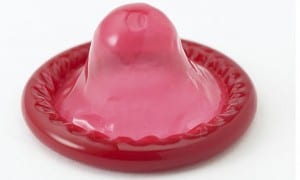 On my old radio show, I had a segment called “The Apocalypse is Coming,” during which I talked about ludicrous stories in the news (while playing this song in the background, because nothing says human suffering like a Richard Strauss tone poem named Also sprach Zarathustra) that, in my mind, indicated the impending arrival of The Four Horsemen. Examples included: Nicole “Snooki” Polizzi’s book “A Shore Thing”becoming a New York Times bestseller (let me tantalize you with an amuse bouche from her ghostwriter’s Ms. Polizzi’s masterful novel, a book so blindingly brilliant it will undoubtedly be compared by posterity to “A Tale of Two Cities”and other such classics: “Gia danced around a little, shaking her peaches for show. She shook it hard. Too hard. In the middle of a shimmy, her stomach cramped. A fart slipped out. A loud one. And stinky.”); Ashley Dupre, disgraced former Governor Eliot Spitzer’s favorite call girl, getting her own dating/sex advice column in the New York Post, showing young women all across our fine nation that the road to success and a paid column in a national outlet can be achieved through good fellatio skills, spreading your legs for money, an ability to tolerate your customers wearing socks during sex, and having a “magic vagina;” And the invention of this.

I’d like to bring that segment back and introduce it to you, glorious readers of Blast Magazine, because with every passing day, I encounter more and more stories that can only mean one thing: The end is near. And because I love you (well, more like lust for you, but good enough) I want to share our final days together.

Currently, there are two reasons the end is near (besides, oh, the obvious reasons, such as Iran trying to get its hands on nuclear weapons and other trifling headlines of that sort):

I’m all for sexual education classes in schools today, because let’s face the facts: A lot of parents aren’t educating their children about sex, and it’s everywhere. In New York City alone, a large percentage of children live in single-parent homes, which means the burden of  parenting falls to the mother (in most cases) and when she’s out working multiple jobs that leaves little time for those birds and the bees discussions. That leaves the school systems, in loco parentis (I’ve come around to this argument). Kids are going to have sex so we need to educate them about sex (including abstinence). But have we really gotten to the point where we need to talk to our 12-year-olds about vibrators, porn stars, and bestiality? In the words of the Peanuts Gang’s inimitable Lucy: “Good grief!”

Until next time, Blast readers, that is, if we haven’t plunged into the darkness of universal destruction by then.

Do you have any stories you want me to cover in the next installment of “The Apocalypse is Coming”? Leave your ideas below in the comments section.