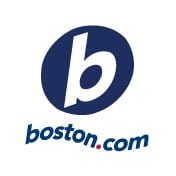 Boston.com announced Monday morning that it plans to launch its own alternative rock online radio station, and the local Internet giant has hired the recently laid off crew from WFNX Radio to launch it.

“Boston.com has been at the forefront of multimedia for some time now, producing award-winning videos, live video programming, interactive content and more,” said Lisa DeSisto, general manager of Boston.com and chief advertising officer for The Boston Globe. “We’ve long thought radio would be a natural extension for us, and we’re fortunate to launch with such an incredible team. Not only will the station provide a new and exciting feature for our users, but also offer new opportunities both online and offline for advertisers.”

Boston.com announced the hiring of Johnny L Lavasseur to lead the sales effort and Mike Snow as the operations and promotions director.

“Streaming radio on Boston.com is another way to deepen engagement with our audience by providing an exclusive, entertainment experience,” said Christopher Mayer, publisher of The Boston Globe and president of the New England Media Group. “This new product advances our strategy to create distinct user experiences for our two brands, The Boston Globe and Boston.com.”

Boston.com will announce a programming schedule and more details later this summer.