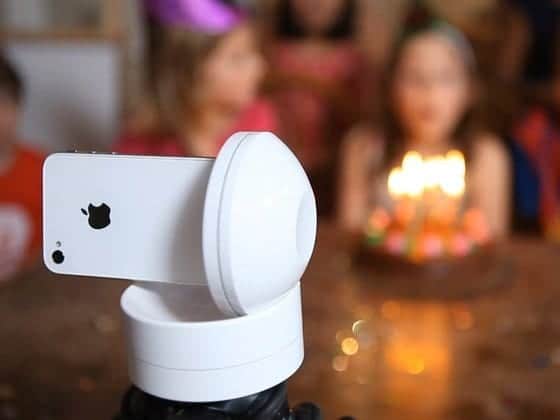 Santa Cruz based designer Motrr recently announced the successful funding of their latest Kickstarter project, the Galileo. Their $100,000 goal was reached in only a matter of days and it has since become one of the largest Kickstater projects to date, bringing in $700,000 in pledges.

“We want to extend our gratitude to all of the Kickstarter backers who have supported our Galileo project,” says Motrr CEO Rob Born. “Motrr’s mission is to add a whole new dimension of control and motion to a variety of photography devices.  Galileo is just the first of several exciting products we plan to bring to market in the near future. Our team is deeply passionate about robotics, photography, and cinematography.  Ultimately, we are focused on creating products that inspire creativity and allow for more rewarding human interactions.”

Allowing you to control iOS device from an iPad, iPhone or web browser, the Galileo is a 360-degree rotating and panning tripod for your iPhone. When you set up a video call on your iPhone, the person on the other side will be able to control which way the camera is facing thanks to the revolutionary spherical rotation capabilities. Throw in an SDK for app development, and the Galileo can serve as a unique tool for budding filmmakers or technophiles who want to make their family vacation much more interesting.

Retailing for $129.95, the Galileo will ship out sometime this summer.