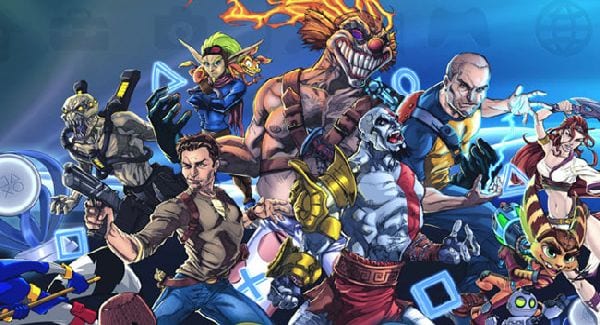 During tonight’s episode of GameTrailers TV, PlayStation All-Stars Battle Royale was officially revealed. As its lengthy name indicates, All-Stars will be a fighting game that might remind some of you Super Smash Bros. Just think Sony this time.

The game is being devleoped by SuperBot Entertainment and will include a roster of PlayStation favorites. Some of these characters include Fat Princess, Kratos, Radec, PaRappa the Rapper, Sly Cooper, and Sweet Tooth. Aside from Sony-exclusive characters, All-Stars will include third party characters too. Stages will represent different franchises and will even include special effects such as a Buzz! Quiz World pop quiz in the middle of battle.

The game will offer a single player mode that will culminate in a boss battle and an online multiplayer mode for up to four players.  Future DLC is also planned for the title.