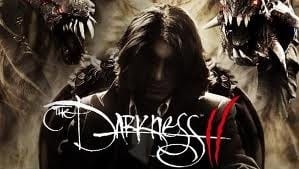 I’ve always had this theory. In the beginning of every year, there’s that strange lull until we get new quality games, and perhaps it’s a bit unfair, but those games set the tone for what the rest of the year will be like. Terrible games are relaesed first? Get ready for a dissapointing year, but if we get good quality games within the first major release week, then that’s a different story.

If The Darkness 2, the new shooter from 2K games is any indication — we’re about to have a great year. Now, don’t get me wrong — it’s not perfect, but it’s fun, over the top and gory fun layered on top of quality writing and fine tuned mechanics. The Darkness 2 sets 2012 off to the right path.

The Darkness 2 is of course a direct sequel to the 2007 shooter based off of the Top Cow comic book series of the same name created by Marc Silvestri, Garth Ennis, and David Wohl. If you haven’t experienced either here’s a bit of a primer; the titular Darkness is an ancient mystical force that allows the one who posseses it access to a mysterious dimension and control over the darkling creatures that reside there.

The Darkness has currently chosen low life gangster and hitman Jackie Estacado as its host, and he’s parlayed that into a full takeover of his mob family — but of course things aren’t that easy. The Darkness 2 starts off with an attack on Jackie and the mob family, and a mysterious man trying to control the Darkness.

So what does that mean for you? Mainly lots of killing, maiming and shooting — luckily it’s all done so well. You’ll start out just as you do with any other shooter, but when The Darkness starts to beg Jackie to let it out again, that’s when the game starts to retain an identity all its own. The Darkness portrays itself mostly as two giant snake like creatures that portrude from your back, and proceed to make your enemies lives a living hell. 2K and Digital Extremes has done a great job making the actual Darkness abilities make you feel like an unstoppable force, which goes a long way in making the game feel so incredibly rewarding.

Take one of the game’s earlier levels, which finds you traveling through a subway system battling a litteral army of thugs. Not only can you use your average guns to take them out, but The Darkness adds a slew of cool abilities to your repertoire. Slash at them violently, grab them, literally rip them apart, take objects as cover — you can even summon darkling creatures to attack your enemies, and apparently they speak with an English accent.

The Darkness 2 also features an RPG style leveling system which allows you to use dark essence from your downed enemies to make your Darkness abilities even more powerful. One of the first abilities you’ll unlock is key — the ability to eat the hearts of your downed enemies to regain health, but I found that if I wasn’t led to a powerup that I absolutley needed, I never really really found myself going out of my way to level up these abilities. The Darkness 2 often felt like it could be finsished without even touching some of these abilities.

Perhaps that’s the Darkness 2’s biggest downfall — there’s just not a ton of content here. The single player game can be finished in a matter of hours, and there’s not really any reason to jump back in after you’ve finished it. Strangely, the multiplayer suite from the first game has been scrapped, but there is a respectable co-op mode, still though, it could turn a lot of online gaming focused players off from an otherwise entertaining shooter.

The visuals of The Darkness 2 though are remarkably well done. Rather than go for a phot realistic look, the folks at 2K and Digital Extremes have gone a route that makes The Darkness 2 look like the living embodiment of a comic book. The environments are all created as you’d expect, and then given a cell shading-esque top layer, which works very well for a game of this style.

Blast Factor:The Darkness 2 might not be a perfect shooter, but it’s an absolute blast and a great start to 2012. It’s violent, fun and performs well in some of the most hectic situations — we just wish there was more of it. If you like shooter, pulp and gratious violence, do yourself a favor and unleash The Darkness.