It’s ok if your Valentines this year are Ben and Jerry, but friends don’t let friends spend the night at a pity party. Instead, grab your single friends and scope out these local events for a good time–you may even find your next date!

A Very Fine Valentine: The Timberfakes at Hard Rock Café 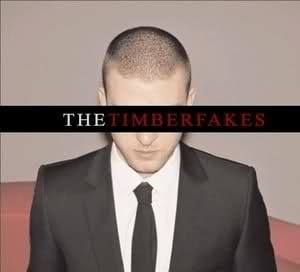 Since Justin Timberlake still won’t make any new music despite desperate internet pleas he do so, The Timberfakes, a Boston-based Justin Timberlake tribute band, have stepped in to bring sexy back to downtown Boston. With a set list that includes material from JT’s N*SYNC days, solo career and SNL spoofs, the Timberfakes playing at the Hard Rock Café (24 Clinton St., Boston) will make you feel 15 again. Friday, Feb. 10; 8 p.m., 21+ only. Tickets are $12 in advance and $15 at the door.

Head down to the Old State House (206 Washington Street in downtown Boston) with your history buff friends for an after-hours demonstration of 18th century chocolate making. Enjoy sampling the aforementioned historically accurate candies, because calories consumed for educational purposes don’t count towards that New Year’s Resolution you made. Ingest some interesting tidbits about Boston’s chocolate history while being guided on a candlelit tour of the tower, and see items from the collection rarely displayed in the museum. Friday, Feb. 17; 6 p.m. Tickets $7.50.

Remember the painfully embarrassing puppy-love-and-war things you used to angstily scribble about in that Lisa Frank journal you were convinced was as secure as Fort Knox, but really your entire family knew about the push-button release? Don’t miss this special love themed event at the Coolidge (290 Harvard St., Brookline), featuring regular men and women “sharing their most hilariously embarrassing diary entries, lyrics, poems, and artwork from their teenage years…from unrequited high-school crushes and tumultuous off-and-on romances to bad prom dates and awkward sexual firsts.” You might be single, but you’ll be thankful you don’t have to live through that again! Monday, Feb. 13, 7:30 p.m. Tickets $15 in advance, $18 at the door, students with valid ID $12.

Valentine’s Crawl with Crawl in Boston 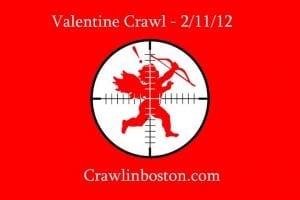 Crawl in Boston is a social networking group that organizes bar crawls as a way for people to meet and explore the city, and, by asking for donations from each crawler, also raises money for local charities such as Horizons for Homeless Children, or this crawl’s beneficiary, the Hattie B. Cooper Center, which provides educational services to underprivileged children and families in Roxbury.  The Valentine’s Crawl is advertised as the biggest of the year and offers $3 drink specials–not to mention Crawl in Boston also claims to be responsible for at least five weddings! Check their Facebook event page for a list of bars, more info and to RSVP. Come on, it’s for the children, right? Saturday, Feb., 11; 12:30 p.m. to 8 p.m., $5.

Project Cupid is a charity fundraiser, so you can feel good about paying for a date. Boston’s most eligible bachelors and bachelorettes, including former NESN sportscaster Heidi Watney, will strut their stuff on the auction block at The Estate (1 Boylston Place, Boston) to raise funds for the Jimmy Fund and the Dana-Farber Cancer Institute. Winning bidders get a dinner date with their “prize” at a local restaurant. There will also be auctions and raffles for sporting events and memorabilia, hotel stays, spa services and more. Saturday, Feb., 11; 6:30 p.m. $15 suggested donation at the door, with all proceeds going to charity.