Hey, remember Freddy Prinze Jr.? He was that guy in that thing once. You know, that 90s teen movie. 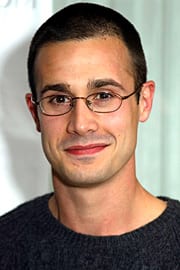 Bioware and EA have announced that actor and screenwriter Freddy Prinze Jr. will be lending his voice to the newly announced James Vega in the upcoming Mass Effect 3.

The studio also announced that for the first time in the series, players will venture to Mars. It’s rumored that when players get to the red planet, they’ll be reunited with returning character Liara.

“Maybe there’s something there,” said Bioware lead writer Mac Walters when referring to Mars and the Prothean Archive. “The Protheans came very close to defeating the Reapers…unfortunately the Illusive Man [and] Cerberus are there ahead of you.”

It was also earlier in the week that a playable multiplayer and single player demo will hit Xbox Live and the Playstation Network on Valentines day, ahead of the game’s March 6 release date.