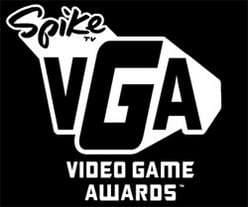 Like them or hate them, the Spike TV VGA’s are the closest thing the gaming industry has to the Oscars. Granted, there are much more prestigious awards a game can win, most of which are within the industry itself. Yet, as far as recognition and public exposure for the gaming industry, the VGA’s are as close as we have to the red carpet; and you can’t blame them. This year alone there were 13 new titles revealed, many of which were highly expected sequels or new IP’s from well revered studios. The industry giants are there, the games are there, and while the way the awards are presented may come off as a year end party at your local frat house, the nominees are carefully picked, with the winners proving this is no popularity contest.

The nominations are distributed in the categories one would expect. Best downloadable game was snagged by Supergiant Games’ “Bastion,” which also picked up best original score and best song in a game. Best fighting game went to Neatherealm Studios’ “Mortal Kombat,” beating out “Marvel vs. Capcom 3.”

In the sports games categories: driving was awarded to “Forza 4,” team sports to “NBA 2k12,” and individual sports to “Fight Night Champion.”

The genre awards yielded some more expected winners. Shooter went to “Call of Duty Modern Warfare 3” while RPG was taken by “The Elder Scrolls V: Skyrim” and “Batman: Arkham City” walked away with best adventure game.

Console awards were given to the expected best of each system. “Super Mario 3D Land” hopped off with best handheld game while best PC game went to “Portal 2.” Best Xbox 360 game was given to “Batman: Arkham City,” best PS3 game to “Uncharted 3: Drake’s Deception,” and best Wii game to “Legend of Zelda: Skyward Sword.”

In probably the biggest upset of the night the best multiplayer award was triumphantly handed to “Portal 2” beating out juggernauts like “Battlefield 3” and “Modern Warfare 3.” This, if anything, shows how carefully chosen the winners are.

In classic Spike TV fashion there were some offshoot awards. “Mass Effect 3” won most anticipated game and the Joker from “Arkham City” won best character. Awards were also handed out to the talent behind the games, with Ellen McLain winning best performance by a human female and Stephen Merchant winning best performance by a human male for their work on “Portal 2” as GLaDOS and Wheatly, respectively. A couple of industry “Hall of Fame” awards were given out as well with Blizzard Entertainment earning the “Gamer God” award and Shigeru Miyamoto being honored into the Video Game Hall of Fame.

Finally, the big award of game of the year was earned by “The Elder Scrolls V: Skyrim.”

As mentioned earlier, several big games were announced in the show, with Naughty Dog’s “The Last of Us” and Epic Games’ “Fortnite” standing out. Bioware announced they’re new project with “Command and Conquer: Generals 2,” the first real-time strategy game for the esteemed developer. One of the biggest surprises of the show was the long awaited gameplay reveal of “Metal Gear Solid Rising: Revengance,” a game that had not been seen since E3 2009. Kojima Productions has teamed up with Platinum Games (of “Bayonetta” and “Vanquish” fame) to bring about this side story to the Metal Gear Solid lore.

Overall, the VGA’s are getting better. Spike TV seems to understand that gamers tune in to the show to watch the major announcements and see their games earning honors. It almost seems fair to allow for rampant celebrity pushing when we see the developers stumble over their acceptance speeches, live TV is not for everyone. However, having a speech being cut short by a man in military garb tea-bagging the speaker or shoving some rather important awards into a montage during a commercial break is stuff that needs to go. We are a long way from the gala night seen at the Oscars, frankly, we may never get there. But once the gamers who watch the show are treated with as much respect as the games being awarded, then we will have a night to remember.