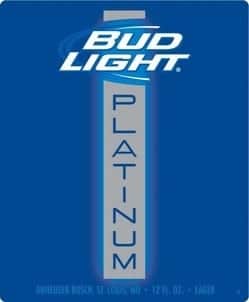 When beer lovers think of craft beers, certain names come to mind: Redhook, Magic Hat, Smuttynose, Samuel Adams. A name not on the list? Bud Light. But that’s something the beer’s company could be trying to change.

This January, Anheuser-Busch InBev is set to release a new brew, Bud Light Platinum, the company said Wednesday in a statement. The new beer “appeals to a key group of beer drinkers and expands consumer occasions,” the company says, leading some to wonder if this is the company’s attempt to “tap in” to a popular craft beer market. US beer sales were down 1 percent by volume in 2010, but craft beer sales, in dollars, rose 15 percent in the first half of 2011, according to the Brewers Association.

But what makes a “craft” beer? The Brewers Association defines a craft brewer as “small, independent and traditional”–all things Anheuser-Busch InBev, the largest brewer in the world, arguably is not. So is “craft” beer set to be the next ambiguous but trendy label, a la “green” or “natural”?  We’ll have to wait and see.