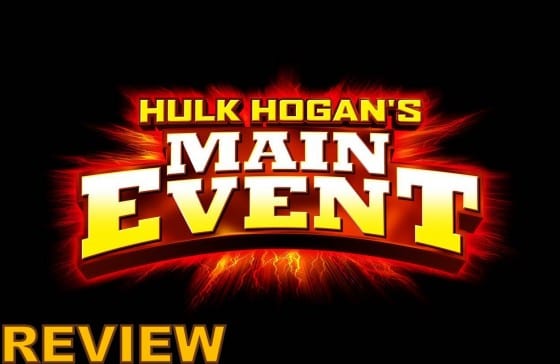 As a kid I wanted nothing more than to be Hulk Hogan, in fact there are probably more pictures in the family album of me wearing a

Hulkamania shirt than anything else —  and why not? He was the guy who made a room pop when he entered, he stood up against the bad guys for what was right, he showed no fear in the face of adversity. He trained, he prayed and he ate his vitamins.

Fast forward a few decades and much has changed. Hogan is arguably no longer the immortal icon he was before, he’s a failed reality star, slinging everything from energy drinks to grills and what’s worse – he seems to be clinging to fading glory. It wasn’t until this week that I felt his legend had hit rock bottom.

Enter Hulk Hogan’s Main Event, the Kinect based wrestling title (for lack of a better word) that makes you the protégé to the biggest name in the history of sport’s entertainment.  Long story short – it’s as bad as it sounds, in fact, it’s worse, much worse. Utterly broken and uninspired in every way, Main Event easily takes the championship as Kinect’s worst game, and that’s saying something.

The problems with Main Event start before you even pop the disc in. The game brands itself as a wrestling title, but it’s far from it. There’s no mat work, no ring psychology; no, this game is all about the entertainment aspect of the “sport.” You’ll create your superstar, who will oddly enough be noticed by the Hulkster at a backyard wrestling event, and from there you’ll work on showmanship, personality and eventually throw a few punches. This might be acceptable if you were allowed to show any spark of creativity when creating your wrestler – the entire creation suite is severely lacking; there’s no even an option for long hair. How the hell am I supposed to tease my hair ala Rick Rude to make the ladies in the crowd swoon?

The story mode in Main Event finds you attempting to climb up the ranks of a wrestling organization but being held down by an unfair booker, who is named….booker (no, really). This is told to you through a series of comic book panel like cut scenes, complete with speech bubbles. Why they didn’t just have Hogan record the lines is beyond me, but perhaps they realized how annoying the majority of the lines he did record can become. During any match, Hogan will randomly yell “inspirational” phrases your way like “You’ve got to believe in yourself” and “Nice finisher brother!” It’s important to note that Hogan seemed to yell that last one regardless of what move I was doing or what portion of the match I was in.  Remember that episode of The Simpsons where Homer is training to climb the giant mountain and his trainer just stands behind him and yells promotional slogans? To the Max! Push it! Yeah, it’s kind of like that, just not nearly as funny. 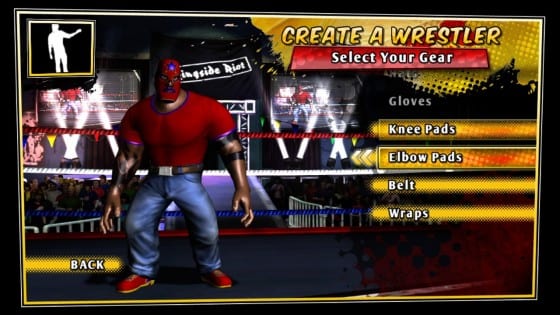 So here’s how your typical match in Main Event goes; Your character is introduced and from there your goal is get the biggest reaction out of the crowd by posing how the Hulkster tells you to. Now don’t get too excited, this isn’t a free-for-all, you won’t be making your own poses, that’s what you have Hulk Hogan for, and you’ll be doing such thrilling maneuvers as raising your right arm (ohhh) and puffing out your chest (double ohhh!). From there, you’ll enter into a food dodging mini-game and yes, you read that right. The crowd seems insistent on pelting you with their nachos and beverages, which would make sense if you’re  a bad guy that’s getting over, but it happens every time. Every…single…time.

The game’s in-ring action finds you doing a lot of punching and kicking while throwing in a few actual wrestling maneuvers (if you count clothes lines and simple throws) for good measure. Your basic goal is to repeat your moves until your opponent is finally on the ground and ready for the pin, upon which you’ll have to do the strangest motion for a pin – moving side to side wildly. The most infuriating part of all of this is that your opponent’s health bar is constantly regenerating, so if one of your moves gets blocked, it’s back to square one.

It could be easy to forgive Hulk Hogan’s main event if the damn thing worked at all. The game is a perfect example of how not to make a motion game. Less than half of your moves are actually registered by the game, but it’s not like you really have to try, the game doesn’t really require you to do any certain moves. Oh, it tries to tell you that it does, but at certain parts I got so frustrated with the game that I began to wildly flail my arms around, and the game picked it up as whatever it wanted me to do. Air guitar? That’s a punch. Moving around like an airplane…that’s a punch too.

The Blast Factor: It’s tough to say just who Hulk Hogan’s main event is marketed to; it’s not really a wrestling game, nor is it a good Kinect game. Hell, it’s not even a good game at all. It’s broken, uninspired and cheap. They say you should never meet your heroes, apparently you should never play their games either.