While The Chapin Sisters’ group name implies that they emphasize their relation to each other, the group actually self identifies as a duo. 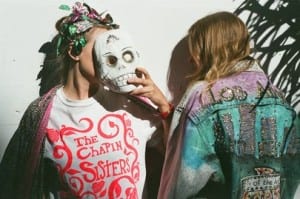 “We’re not really using the fact that we’re sisters as any part of our act…at least not on purpose,” said Lily Chapin. “We are just writing songs and singing them and we just happen to do it together.”

Lily describes their music as “gothic, harmonic, melodramatic folk” with elements of blues, 60s pop, R&B and early country as well. “It’s a bit of a gothic twist on the romantic feminine fairytale,” she said.

“The fulfilling aspects of living a life in the arts were illustrated to us at a young age,” she said. “We were certainly enchanted by the music that was around us. It is a bit contagious when the people around you are doing something that they love and when you are able to share it with them. “

The Chapin Sisters, Lily, Abigail and Jessica, began singing together at a young age. They sang as a trio on their first album “Lake Bottom.” When Jessica had a baby, the nomadic lifestyle that touring necessitated caused her to leave the group and The Chapin Sisters became a duo.

Lily and Abigail released their sophomore album “Two” in September 2010 and have been touring across the country to promote it. Each of them wrote half of the songs on the album and released it on their own record label, Lake Bottom.

They will perform in Boston on July 20 at Café 939. Although the group has been to Boston before, Lily expressed her excitement about returning to the East Coast, which is where the sisters were born and where they recorded their second album, “Two.”

“Two” was recorded on at their family farm in New Jersey. The Chapin Sisters, along with their band mates/co-producers, spent between two and three weeks in the woods without internet access or cell phone reception.

“We just decided that we wanted to have an all encompassing musical experience that was all rooted in one place and not broken up by hours in the day,” Lily explained. 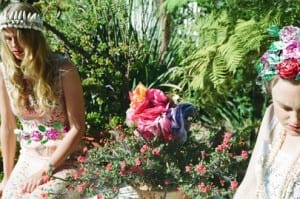 They set up a studio at the farm and even recorded the frogs and crickets in the area. Elements of the wildlife recordings were used in the song “Digging in the Woods” on the album.

“That space was incredibly magical—there was wildlife everywhere,” said Lily. “We felt like the world outside was leaking into the music all the time we were there. There was a dialogue between where we were and what we were creating musically.”

Although such experiences are evidence of the sisters’ ability to produce their records independently, Lily shared that they would be open to recording with a major label if the right match was found. She also envisions the possibility of their sister Jessica recording with them again on future albums. But regardless of what the future may hold for the sisters, Lily is certain of one thing: “We will always sing together.”

The Chapin Sisters play Cafe 939 at Berklee College of Music on Wednesday with Rebecca Loebe and Lauren Flatery. They also play Maxwell’s in Hoboken, N.J. on Saturday with Sean Rowe.