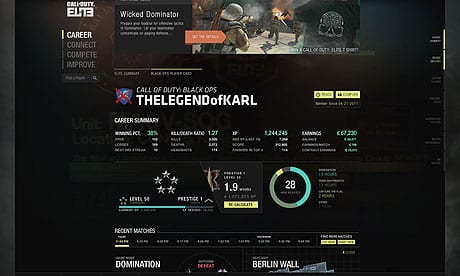 Today, Activision confirmed and detailed Call of Duty Elite, an subscription based service set to both unite the community and bring premium content.

First, don’t panic — while Elite is built on a monthly payment system, there’s also a free version coming. So what exactly does Call of Duty Elite do? In essence, it allows you to keep all of your Call of Duty information in once place. The service will allow players to track their statistics, clan information and compete for real world prizes. It’s expected that the Elite community will get first crack at upcoming DLC as well.

Elite will launch as a beta later this Summer and be released for all on November 8, which also happens to be when Modern Warfare 3 hits shelves.

Stick with Blast for more info on Call of Duty Elite and Modern Warfare 3, as Blast will go hands on with both titles at next week’s E3 in LA.