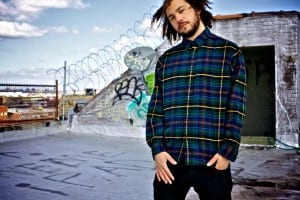 NEW YORK — Hip hop scene suddenly got a newcomer, Brooklyn-based rapper Max Burgundy, who just released his debut EP “#Waiting.” He effectively illustrates his own emotion throughout the EP by mixing his real words with the colorful/solid beats. With his raw straightforward hip hop style, Burgundy has already shared stages with artists including Das Racist and Twin Shadow, and also has collaborated with producers such as OMEN (Drake, Lil Wayne, Ludacris) and KHRYSIS!!! (9th Wonder, The Away Team, Little Brother). Blast sat down with Burgundy and he openly discussed this crucial turning point in his life and where he would go from here.

BLAST: You just released your debut EP “#Waiting” on May 2. What does this title mean?

BLAST: Why did you choose “Hey Love!” as the first single?

MB: As the first single, I just felt like it was…it was approachable, I think the rest of the album is a little bit darker, um, in a good way. And, I felt like “Hey Love!” was something that could be a song people could really get into and listen to. And, I thought it was an alternative love song. I think a lot of people are quick to come in for 3 minutes and just say to many babies, “Love this” and, “Love that,” and leave. I think that’s great but I think “Hey Love!” is really supposed to capture, and I hope that it excessively captures, what love is like, especially as a younger maybe more humble shy guy. You know, I think it gets to the point where sometimes women are so beautiful that it’s intimidating. And, I think that’s what I’m trying to capture there!

BLAST: What was your first reaction when you finished making the EP?

MB: Um, I was just glad [that I] had it done. I had 6 songs that I can perform and I can go out and start, maybe tour a little bit, do shows and get some recognition but more than anything, it was just relief to get that done because I felt like that the first couple of songs needed to be deeply personal. And now I can go in to start making some more music, maybe collaborate with other people and [it could be] more experimental [to do] electronic album or live music album. So, relief, pretty much! 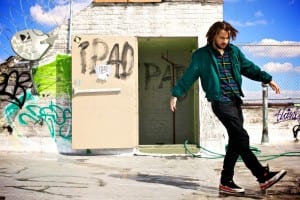 BLAST: For your song “UNITE,” what kind of unity are you talking about?

MB: Um, I think, the first level of unity is something that hits close to home, which is just being from the Bronx and having lived a lot of different neighborhoods that people would consider [as] bad neighborhoods, um, just, warning all those people to realize [that] we are all kind of being pushed down but if we really unite, if we stand up, then there is, um, we have a voice that can be heard. There is a movement that can take place and really starts with us and our own self determination. And, that’s pretty much what I’m talking about there on a personal level, but I tried to make it as broad and approachable as possible. So whether you are in Egypt or Wisconsin, what happened with the teachers and the unions, or whether you are in, um, you know, Jamaica or anywhere like all oppressed people can be united. In fact, the more oppressed people that are united, the stronger those people would be!

BLAST: How do you think unity will affect the society?

MB: Oh! I mean, unity makes like, an ideal society, so I don’t think unity would ever really happen but unity would make life great. I mean, you would see no crime. You would see people helping all people cross the street and you would see everyone have food, equal amounts of food on their plates. Um, I mean, I guess unity is somewhere, it’s for,,, to some people would become, I don’t know!! Um, but, I think, unity could make society go further than where we are going right now. 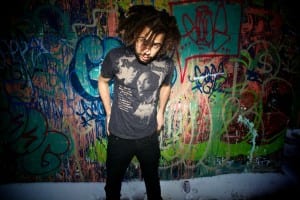 MB: Main music influence? Um, older hip hop. Hip hop that I grew up with. Um, Jay-Z, a little bit of Eminem, and then also just alternative itself, I feel like I have a lot of friends and groups right now, and bands here in Brooklyn that are really pushing the limit musically. Maybe they are not doing rap but they are doing different stuff, Twin Shadow, Das Racist. Um, then some of the newer guys, Wiz Khalifa, Mac Miller, I feel like I really respect their grind. I mean, you see them everywhere. So, I respect a lot of those dudes. Those are the guys that push me to get back into this and say, “Alright, I really can compete, regardless of age, regardless of, if it’s my time now or later, I can compete with them.”

BLAST: When did you start making music?

MB: I mean, I’ve been writing rhymes my whole life.

BLAST: How old are you?

MB: 25. So I’m from the Bronx and an 80’s baby, and the first genre I ever really remember listening to is hip hop, so hip hop has always been there. I definitely am one of the first generations of people [saying,] “No no, other genre than hip hop!” And, it took me a long time for me to expand my horizons and get into stuff like Led Zeppelin, Johnny Cash, and you know, Daft Punk, and all those crazy shit but I’d say, in earnest I started making music, maybe, in October. I went on a trip. I was in the Middle East and I was supposed to go there to do some business stuff and I realized, “I don’t wanna be that kind of corporate business slave” and I had a flight, took the flight back, had been over to London, um, got off the plane in London and I said, “I’m not going back to New York right now. I wanna take a break.” Once in Paris, [I] hang out with beautiful waitresses, ate amazing food, smoked a lot of weed, and, I needed it to make music creating arts, so that’s it. So, [it was] October last year when I said, “That’s it. I’m gonna make an album. I’m gonna call it ‘#Waiting.’” And, I’m gonna start finding producers now.

BLAST: Your slogan is “Oreos for breakfast!” What’s the meaning behind this phrase? 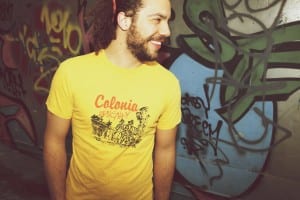 MB: “Oreos for breakfast,” it’s like, you know, when you are a kid and your parents are gone, or you have a substitute teacher, or, you only have a babysitter, and you are so unruly and crazy that it’s just like, do whatever the fuck you want. Have Oreos for breakfast. It’s like, I got a feeling like, you grow up in this regiment society, and it’s like, you need to wake up, you shave, you wash your face, take a shower, you have a bowl of cereal with lots of grains of oats, and then, you have to go to school, you learn, you plug away at your desk job, and then, you come home and you eat your, you know, steamed vegetables and all that. And, it’s like, “No! Fuck it. Have Oreos for breakfast!” So, that’s kind of one meaning and the other meaning is just like, in a lot of ways, “I’m an Oreo,” that was the phrase that a lot of people said for a long time and a lot of different, and, you know, it has so many other connotations but, on the surface, it just means you are mixed-race, it’s kind of like, “I’m an Oreo. Have me for breakfast.” What’s the most important meal of the day? Breakfast. Why not having Max Burgundy when you wake up?

BLAST: You state on Facebook that you “hate fucking celebrities and twitter beefs.” Can you explain further?

MB: Um, “hate fucking celebrities and twitter beefs,” that’s pretty much what I do, I think. I saw a lot of people getting into those beefs on Twitter. Twitter almost all of a sudden just exploded. You have people like Fab (Fabolous) and Soulja Boy going on at each other and it’s kind of ridiculous so I was like, “Man, where does it come from?” I felt like, 10 years ago, 15 years ago, hip hop was so real and people were dying, you know, it’s crazy, now people are on Twitter having beefs, not even having real-life beefs. I mean, a lot of people forget [something like] that Jay-Z stabbed someone. It’s not even what my anger is going for but, it’s so silly but it’s what you have to do, you have to exist on Facebook or Twitter so that’s kind of more me just mocking it and saying, you know, “Fuck Twitter. Fuck Twitter beefs.” And, in terms of “hate fucking celebrities,” um, yeah, I just think the ideas of celebrities are kind of ridiculous. And, whatever your art is, you should be recognized just for your art. But right now, you have someone who puts out a great song and it’s not even about the song anymore. It’s like, what picture do you have of them? Do you have something of them that compromises their position? Do you have videos of them? Weird shit of them, you know, getting out of a taxi. But it’s like, what about the song? Is this song good? Is this song good at all? So, it’s kind of like, if you are a celebrity, I’m gonna get close to you because obviously, it’s gonna get my name out but then, I just, you know, fucking leave.

BLAST: Is there something people should know about you?

MB: I’m Max Burgundy and I’m them. I’m just trying to be a vehicle for a voice for what I think and I think a lot of people think like me. So, never be shy. Always salute if you see me in the street. Let me know where you are headed [and] we can share a cab together. I’ll give you a swipe on the subway [or] whatever you need because I’m here for my people and my fans, you know, my movement.

BLAST: You will have a show in New York City on May 12. What kind of show can we expect to see there?

MB: A lot of, you know, medley work, a lot of new shit that you haven’t heard, some old stuff that I have done. Um, obviously records off of “#Waiting” and maybe a couple of new things off of a project that I’m assembling with Kay Kay On The Beatz, coming out in June. You should hear a little bit of both? But, in terms of my show, what I will bring is gonna be me and my DJ Jeff Haze, and we are just gonna go in and go crazy. The beats are gonna be very loud. I’m probably gonna scream at people [and I] may even bring a megaphone. I might take my clothes off and people would be dancing onstage!

Max Burgundy will do a show at the Arlene’s Grocery in NYC on May 12.