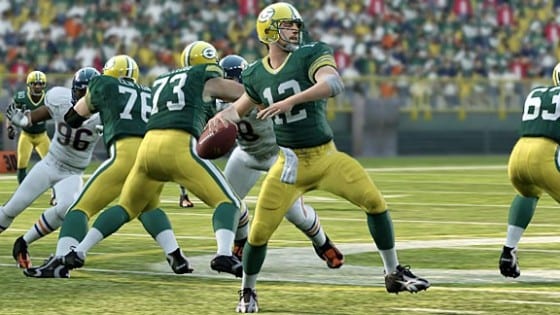 This weekend is the Superbowl, the biggest game of the year, but still a dark cloud looms over the NFL, the possibility that there won’t be a 2011-2012 season thanks to a labor dispute between the NFL Players Association and owners.What does that mean for the sports famed gaming series? In a conference call with investors today, EA’s Chief Operating Officer John Schappert assured everyone that yes, there will be a Madden this year.

We, like you, are looking forward to the NFL and the [players] resolving their differences and starting the season on time this year,” said Schappert, “but in terms of a planning assumption … we’ve baked in the most conservative assumption, meaning no season. We’re optimistic it can be better than that, so there’s an upside.”

The possibility of a lockout could mean both good and bad things for the multi million dollar series, as no actual football means that more people will buy the game, but many of the franchise’s key modes are based on actual events each week in the NFL.

By the way, Packers by 10. Take that Guilfoil.