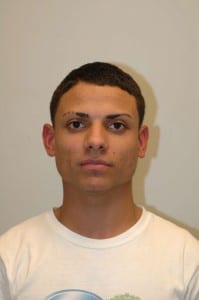 The Nashua Police Department arrested a 19-year-old man and charged him with felonious sexual assault after an investigation revealed he was having sex with a 13-year-old girl.

Ariel Mendez, 19, of Beech Street in Nashua faces up to 7 years in prison and fines. He was arraigned in Nashua District Court on October 22 and released on $10,000 bond.

“The Nashua Police Department’s Youth Services Division investigated a report of an adult male engaging in sexual contact with a thirteen year old girl,” police said in a statement. “Both Mendez and the child were known to each other.”

Mendez will be back in court for a probable cause hearing int he coming weeks.