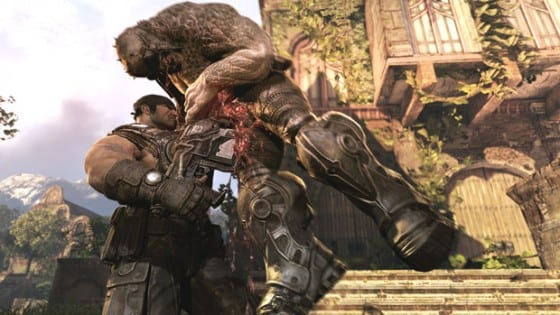 Microsoft and Epic Games have announced that their highly anticipated Gears of War 3 won’t be making its April 8 release date as the title has officially been delayed. Gears 3 is now tentatively scheduled to release in the Fall of next year.

In an official announcement, Microsoft credited the need for the game to be ” the marquee game of the holiday season,” for the delay. “Gears of War 3 promises to be the biggest entertainment launch of 2011,” the  statement reads. “The teams at Microsoft Game Studios and Epic Games have done great work thus far readying the title for release in the Spring of 2011. However, we’ve elected to move the launch of Gears of War 3 until Fall 2011 to make it the marquee title for the holiday season.”

Rod Fergusson, Epic’s Executive producer assures fans that the delay is strictly marketing and not a quality issue, along with teasing some future big reveals. “I know fans are going to be disappointed with the new release date, but rest assured that this is a business decision between partners, and not a quality issue. Gears 3 was on track to be the most polished Gears of War game ever when it released in April, and this additional time allows us to polish it that much more before it hits shelves next fall. Next week we have a major multiplayer press visit at Epic HQ, and I’m really looking forward to the fans seeing and hearing about Gears 3 versus multiplayer for the first time. Lots more exciting news to come.”

The move is also likely done in an effort to give Epic’s other title, Bulletstorm, which releases in February a little bit of breathing room. It’s also not very surprising as both previous Gears games released in November.