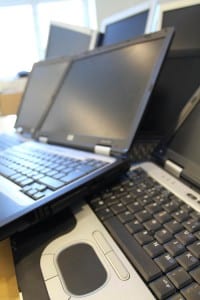 By 2015, the European Union will be throwing out 750,000 tons of flat screen devices per year, to say nothing for the American and Asian need, according to estimates.

That’s a lot of broken televisions and computer monitors getting chucked.

A Gothenburg, Sweden-based group has developed a process for taking all this electronic junk and recycling it.

Stena Metall Group believes it has the answer.

“The degree of recycling is high and there are major environmental benefits. Moreover, we are able to move away from manual dismantling,” said Staffan Johansson, managing director for GRIAG Glasrecycling, part of the Stena Metall Group.

Johansson said that more than 100 million flat screens were sold in Europe in 2008, but there hasn’t been a recycling process that is effective and environmentally sound. The products contain mercury, which makes dismantling the discarded screens even more difficult.

In the automated process, iron, other metals, plastics, circuit boards as well as glass with liquid crystal are separated. There is a closed process that removes the mercury.

“It is easy for mercury lamps to break during manual handling. This gives rise to health risks for those carrying out the dismantling,” said Snorre Kolseth, manager
of research and development.