Activision recently embarked upon a domain name registering spree, as the publisher has locked down the rights to addends Call of Duty Space Warfare, Future Warfare, Advanced Warfare and Secret Warfare recently.

Might this registration spree hint at the future of the franchise? Could we play Call of Duty in space? Is Activision merely locking down every possible title, or is one the real thing and the others dummies? So many options! 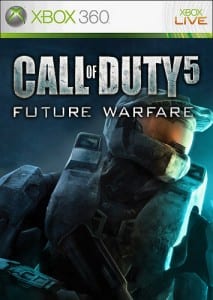 With Sledgehammer Games, the newest Call of Duty development studio, handling the development effort on the franchise’s extension into a new genre, and space being the final frontier, Call of Duty: Secret Space Warfare sounds like fun. Does it not? Laser guns?

Activision has already said it’s “excited about the opportunity to bring the franchise to new geographies, genres and players." New geographies? Like space!